Sir Kudaisi Shola I said some weeks back that Osun State has increasingly become unsafe, you said you know "your Politics". 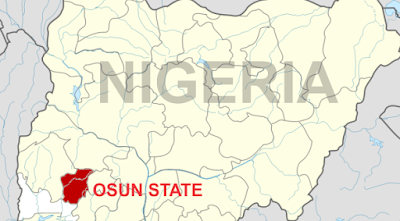 I am not a politician but I see the realities of Osun like the 5 people who were killed in Hausa-Yoruba clash today.

If Osun State is safe, why is Ile-Ife under curfew? Why have more than 3 cases of death and and attacks been witnessed by Uniosun students in 2017 alone.

Why did I get robbed just few weeks back and had to pay through the nose for the police to do their Job?

I hope the truth will be spoken in this our generation! It won't be promises of road and electricity that will be tabled to us again in the next elections just as politicians have done since 1960. You keep showing pictures of the few completed roads, you do not take note of the abundance of Yahoo boys and ritual killings in Osun State.

It hurts me to be writing this after we now have a Hausa crisis on our hands, but if you don't think it's time to put Osun in order then I wonder what politics really stands for.