Home / international / Kellyanne Viral Picture, Showing Her Crouching And Kneeling On A Chair

Kellyanne Viral Picture, Showing Her Crouching And Kneeling On A Chair 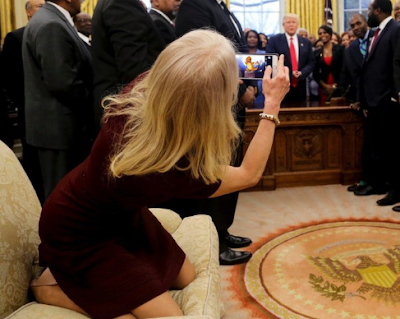 Like most people, I was also scratching my head when i first saw the Kellyanne viral picture, showing her crouching and kneeling on a chair while POTUS was standing with all his guests.

I am like WTF? Then I saw the complete video of the White House ceremony where that singular picture was taken, and spread by mischief makers as if Kellyanne was disrespecting the visiting black caucus or was taking undue liberties right in front of witnesses (a la Monica Lewinsky) in the WH.

It turned out the poor girl was just taking pictures in a real nice setting and trying to get the best angle and working her job as a Special Press adviser to the President.

Fake News will accidentally cause world war one day by spreading FAKE News all over America.

Here are 3 pictures in sequence to explain that 'settee' photo.....but the fake news chose the most compromising one to publish... LOL.   See more (photos ) 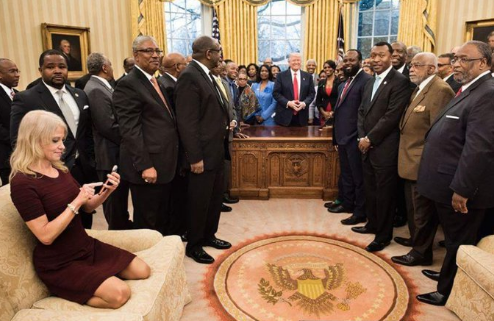 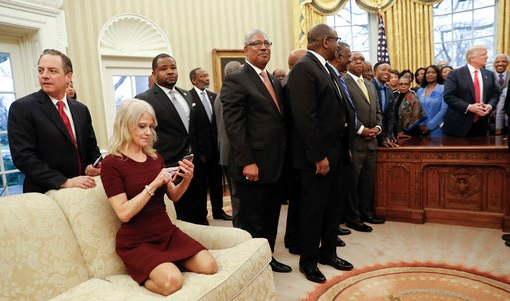