Home / international / Is Nigeria Turning Into Another Congo

Is Nigeria Turning Into Another Congo

What went wrong in Congo? 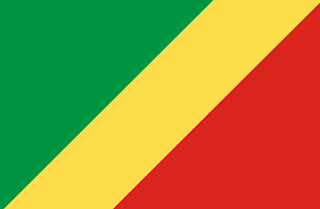 It was proposed, shortly after Congo's independence in 1960, that the Republic of Congo be divided into four autonomous regions:

All agreed to this "autonomous arrangement" except for Lumumba. It was Lumumba's dream to unify Congo and make a united Congo one of the more powerful and wealthy African states - mistake #1.

Lumumba was smart, upright, and fearless. He got almost everything right except for his failure to understand one thing: Congo, as most African countries, is a synthetic multiethnic country - a by product of Berlin conference. So, for her to progress, she must be restructured along ethnolinguistic regional lines.

Unfortunately, Lumumba chose the centripetal unitary system over the regional arrangement. Expectedly, against the backdrop of Lumumba's tall dream of one big Congo, Congo plunged into a vicious civil war in late 1960 - the civil war that continues till date.

Anyway, while the civil war was in full fledge in late 1960, three of the regional leaders, previously mentioned, met with the CIA to assassinate Lumumba. Lumumba was assassinated around January of 1961 based on direct orders from Dwight D.Einsenhower.

The CIA chief, Allan Dulles, described Lumumba's murder as the most important assassination of an African in the 20th Century. The rest, they say, is now history!

The mistake that Lumumba made (i.e. the rejection of the optimized regional system) is obviously the same mistake that most of Nigeria political elites continue to make, today, which prompts the question: is Nigeria turning into another Congo?