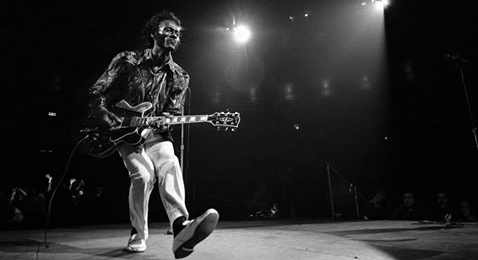 In 1977, Chuck Berry's music, "Johnny B. Goode" was one of the collection of music known as Music From Earth that was sent in a time capsule called the Golden Record, into outer space by NASA on its Voyager's interstellar mission.

It was an honour to Berry by NASA which hopes its Voyager's deep space probe will communicate human music and images to probable extraterrestrials.

Berry, a black man, born Charles Edward Anderson Berry, in the segregated America of 1926, and the prime mover of rock 'n' roll just died at 90 at home. He used his guitar and music to trump challenges and become a star with rock 'n' roll and R&B monster hits through out the 1950s and several decades thereafter.

Indeed he scored his career's biggest, million seller, No I, single hit "My Ding-a-Ling" in 1972. He also acted in several movies. In 1984, he received the Recording Academy's lifetime achievement award and was inducted into the Rock and Roll Hall of Fame in 1986. He ran against the law on some occasion and served time. But his music defined his prodigious talent and legendary status as father of rock 'n' roll.

"Mr. Berry was its (rock 'n' roll) master theorist and conceptual genius, the songwriter who understood what the kids wanted before they knew themselves.