Home / education / Was There Ever A Nigerian Identity

Was There Ever A Nigerian Identity 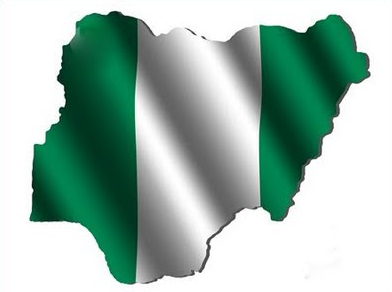 Facebook can serve as an avenue for enlightened interactions as well as the mundane, a avenue of philosophical questions and "Putin's Rasputin" as well as a Calabar man's numerous amorous conquests of females from diverse ethnic groups; however, the Nigerian social media space is inundated, mostly, with the later- a delibrate escapism into the latest happening on reality shows and trending celebrity marriage breakups which serve as fodder for gossips.

The Nigerian social media might present it's amusing and querulous contents to which people avoid the daily burdens of living in a country of immense challenges, beyond the entertaining surface lies the critical question avoided- Is there a Nigerian Identity?

This is not the right question or at least the proper manner to which such critical questions are framed, one must first define the immemorial realities that the various ethnic groups within the Nigerian geographical locations have lived with and the former question would thus be replaced by a seemingly cynical yet necessary question;

Was there ever a Nigerian Identity?

[Chinua Achebe would famously title his book "There was a country" with the intention of portraying a pre-antebellum Nigerian identity that was suddenly shattered during the war but on closer look at the Nigerian estate one may be tempted to fault Achebe's title by asking;

Was there ever a country?] ● Reference was to the short lived Biafran Republic.

The answer can best be described as multifaceted depending on which historian one approaches but the merging of various fragments of ideas would form common areas of agreement on the Nigerian Identity as a country moving forward.

A rise in populist sentiments in the western world has been a direct reaction to imperialism's incubated baby- multiculturalism and globalisation.

However, the first social experiments on multiculturalism were actually in early 20th century imperial colonies such as Nigeria where the British government used the power of the gun barrel or gunboat diplomacy in forging vast company territories for exploiting natural resources. Such amalgamated territories as Nigeria were formed by deliberately ignoring ethnic differences in lieu of a huge country easy for administrative purposes.

The leaders of the north worked fervently against multiculturalism and events which are often contested, unfolded. These events would include a military coup to stop the traditional and conservative northern leaders and their hegemony, to a resultant populist riots which caused xenophobic attacks on foreigners which were thought to have taken jobs away from the locals.

Was there ever a Nigerian identity?
On the world stage;

Is there a global identity via multiculturalism that must be forged at all cost, even at the expense

Unpredictable, whatever the answers may be for the rest of the world but the Nigerian country is certainly at a precipice that will require urgent restructuring to solve our perennial identity crisis going forward.