🔥     Listen, I really want you all to understand what I mean by finding a burning desire & developing an unstoppable internal drive. 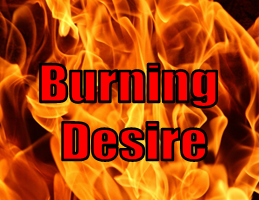 👁Imagine that you're 10 years old and you just watched your father get shot in the head by a firing squad because a genocide is taking place.

Then, you, your mother, & your younger brother have to walk miles and miles with little food and water to escape getting murdered.

You approach a river, behind you are men with bayonets trying to end your lives, you're literally fighting to not get killed. Because you're 10 and your brother is much younger, your mom can only take one of you across the river.

She selects you because you're older and there's a better chance you won't drown in the river so your mom is forced to leave your brother on the river bed where he'll starve to death or get immediately murdered.

You and your mom escape, eventually come to America with absolutely nothing, and amp; start a life. That's the story of my great grandparents, Armenians escaping the genocide, on my moms side.
👁Imagine one morning you wake up and amp; you get the news that simply because you're Jewish, enormous powerful armies all across Europe are ordered to attempt to literally exterminate every Jewish person.

This was called the holocaust. This happened to my ancestors on my dads side. I don't know the exact story of how they eventually made it to the United States, however I do know how atrocious the holocaust was.

They would starve people, make them dig their own graves, then murder them in front of their own families. They would tell people they were taking showers, then poison them with gas. They dehumanized an entire race of people. Those people were my ancestors on my dads side.

👊,   Now growing up as a privileged kid, not uber wealthy, but definitely upper middle class, hearing these stories, affects you internally. You think, dang, I have it so easy and my ancestors literally fought for their lives just to survive.


I've got to make something of myself. I can't just half ass / waste this one opportunity I have called life. Lately I've been thinking about this ALOT and amp; it's helped me stay focused, cut the non sense out, and amp; be more effective.

💰   o Your internal drive is massively important when going into business for yourself. You're going to deal with a lot of crap along the way. Make sure you have something deep inside of you that pushing you to work harder and do more.