Home / local / Fight Against Corruption Must Be Systemic To Be Effective

Fight Against Corruption Must Be Systemic To Be Effective

Magu, the EFCC acting Chairman, at an event last year, lamented that under Nigerian law the onus is on the prosecution to prove that huge funds found with accused persons were proceeds of corruption and called for the laws to be changed to improve conviction. 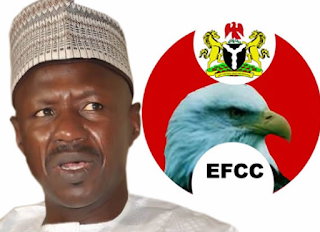 Proving such is of course complicated and difficult. He stated that in other climes it was the duty of the accused person to prove that the money was not stolen.

In other words, the accused must prove that the money was legitimately earned otherwise will face prosecution and possible conviction and forfeiture.

In such climes, under such laws, we won't hear accused persons citing 'gifts' as excuse for criminally large sums of money found in their possession.

I had cause to highlight Magu's comment in a post when he said it last year, the sad reality is that there is no bill in the National Assembly to change that law as we speak.

I repeat, for the umpteenth time, that we must really be concerned about conviction rates and do the needful to sharpen our anti corruption laws.

Some have advocated the death penalty as deterrent for corruption, no problem, as long as we enact a law to that effect. Once it is law, its application is covered under the Rule of Law.

We need to develop the will to enact laws that give us a fighting chance against corruption otherwise we will continue to get excited with the news of discoveries that often times lead nowhere or progress at incredibly slow pace when the SAN's move in with their legal abracadabra and earn their share of the loot.

Our fight against corruption must be systemic to be effective. Hopefully, some day those with the responsibility will do the needful.