Home / local / Corruption Is A Symptom Of A Bigger And Fundamental Problem In Nigeria.

Corruption Is A Symptom Of A Bigger And Fundamental Problem In Nigeria. 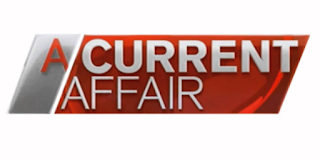 Yesterday, Big Brother Jimi Disu of Classic FM was filled with despair as he lamented the amount of corruption going on in Buhari's government contrary to his expectations. He urged the public to vote for a younger person of not more 55 years in 2019.
Again this morning on Rainbow FM, one "Kelvin from Surulere," who used to vent his anger on the corruption going on under Jonathan, also called into the newspaper review, agonising over the amount of corruption going on in Buhari's government in spite of his high hopes that things would be different, and advising that we vote a younger person with better plans for Nigeria in 2019.
I find it sad that many people still have not realized that corruption and other maladies they complain about don't occur because of the person who is the president and cannot easily be stopped by the president. The presidents can only try to reduce it a little.
Corruption is a symptom of a bigger and fundamental problem in Nigeria.
When the military struck in 1966, one of the excuses they gave was corruption (the ten-percenters). Since then till now it is still corruption and misgovernance every time.
Sadly our people continue to hope that "a good man" will emerge from somewhere and stop the decadence. In 2014/2015 the talk was that Buhari the People's General and a no-nonsense man would jail all corrupt people. Today, it is obvious that he is overwhelmed and helpless.
Bring a saint from any country to rule Nigeria and he will run around and get tired.
If you want to kill or reduce corruption drastically, first restructure Nigeria.
Currently Nigeria is seen as belonging to nobody. Everything owned by Nigeria is seen as national cake. States earn money they have not worked for. The FG earns money it has not worked for. Money is shared every month. So everybody wants to grab as much as he or she can. Their people give them full support to go and bring back "their share of the national cake."
If we don't restructure Nigeria, we are joking and wasting our time. We can place our hope on some personalities to do the magic but they will fail like others.
If we don't restructure as quickly as possible, a day will come when those who are opposing restructuring today will be begging others to come to the negotiating table for restructuring, but it will be too late, because they will not even be interested in negotiation and restructuring.