Home / international / Conditions On Which Peace Is To Be Achieved

Conditions On Which Peace Is To Be Achieved 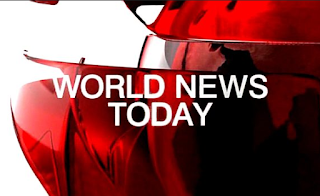 There are two conditions on which peace is to be achieved. First, the Palestinians must recognize the State of Israel and stop teaching their children to hate Jews and Israel and stop honoring terrorists and murderers of Jews by naming streets after them. I want this to change.

"Second, Israel must have over riding control over the security of the West Bank to stop terrorists attacks.

Excerpts from statements, being made right now, by Israeli President, Benjamin Netanyahu to the press at the White House, alongside US President, Donald Trump who pledges unalloyed support for Israel but openly asked Netanyahu to slow down on settlement buildings and to look at both the two or single state solutions as option for peace as long as the choice made favors Israel.