Home / international / A POLITICIAN WHO DOES EXACTLY WHAT HE PROMISED!

A POLITICIAN WHO DOES EXACTLY WHAT HE PROMISED!


FINALLY, A POLITICIAN WHO DOES EXACTLY WHAT HE PROMISED! 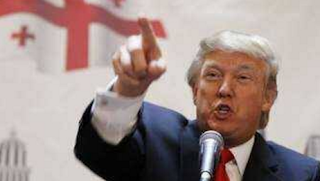 To be brutally honest, I AM SHOCKED THAT PEOPLE WERE SHOCKED BY TRUMP'S ACTIONS. Afterall EVERYTHING he has done in last one week is EXACTLY what he campaigned on, and what he promised. Why castigate a man for fulfilling his promises?

From the mass hysteria against Trump for executing his campaign promises, It seems people have been deceived by politicians for so long,(those who promised a lot during campaign and then not delivering on those promises when they get into office,) that they were actually SHOCKED that a Trump would start delivering on his promises from DAY ONE....

These protests and name calling are mostly after-shocks from people who just expected trump to be another loud mouth politician....Instead I say this is exactly the kind of politician the world needs, whether you agree with his policies or not.


HE PROMISED AND THEN HE IS FOLLOWING UP THAT PROMISE WITH SERIOUS BLITZING ACTION.....

so why are you shocked?
Did he lie to you like all the past politicians have done?
Did he do anything other than what he has been saying he would do for 16 months?

THESE ARE THE PROMISES HE MADE TO AMERICANS - VERY CLEARLY- and Americans still chose to vote him in as President!

Pls leave Trump alone. if you are upset at his policies direct it at the Americans who voted for him! he should actually be commended for being TRUE TO HIS WORDS unlike most politicians I know, including the ones in Nigeria, by the way, who promised heaven and delivered hell instead!