Home / local / Budget 2017: Another Interesting Perspective By One Saatah Nubari On Social Media

Budget 2017: Another Interesting Perspective By One Saatah Nubari On Social Media 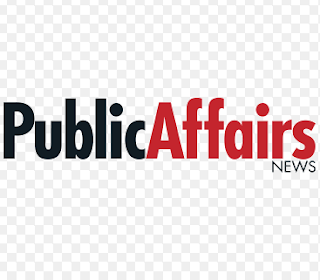 "The others are the Bureau of Public Enterprises, National Emergency Management Agency, Economic and Financial Crimes Commission, Bureau of Public Procurement, Nigeria Extractive Industries Transparency Initiative, Nigeria Atomic Energy Commission and its centres, and Office of the Chief Economic Adviser to the President which funny enough the President only appointed in August of this year.

"The State House Headquarters still continues to budget for “Residential Rent.” This is something I have failed to understand up till now and I wouldn’t mind someone explaining it to me. That aside, the amount budgeted for this “Residential Rent” in 2015 was 22,459,575, while in 2016 it was put at 27,735,643.

"I don’t know how or why, but in the 2017 budget of “Recovery and Growth,” this same “Residential Rent” went up to 77,545,700. Whoever the Landlord of that State House Headquarters is, in this economy, he must be a very lucky and fortunate chap.

"The last time there was a budget for “Motor Vehicles” or anything like that was in the 2014 budget by the last administration and it was a total of 132,200,000. This government came in in 2016 and somehow concluded that the State House Headquarters did not have enough “Motor Vehicles,” so they started by budgeting 877,015,000 which was something like a 650% increase from the 2014 budget for the same item.

"The 2016 State House Headquarters budget for the “Rehabilitation/Repairs of Residential Buildings” was 642,568,122, while in 2017, I don’t know, but it looks like an enormous asteroid managed to hit and destroy the residential building at the State House Headquarters because what is budgeted for “Rehabilitation/Repairs of Residential Buildings” happens to be 5,625,752,757.

"As usual, knowing that we have travelling President, 739,487,784 has been budgeted for “International Travel & Transport.” Last year only the Vice President budgeted for books. This year neither the President nor his Vice budgeted for it. Apparently, they’re tired of reading.

"Just like in last year’s budget, the entire capital budget for the National Emergency Management Agency is for the “Construction of Office Building,” all 374,473,456 of it.

"The Economic and Financial Crimes Commission also budgeted 230,536,000 for “Legal Services.” I don’t know if this is enough, but since they say it is; and as long as none of that amount goes to the case-bumbling, Twitter SAN, Festus Keyamo, no wahala.

"In 2016 the EFCC budgeted 93,136,000 for “Motor Vehicles,” but since maybe the corruption they should be fighting has gotten faster, they have upped that to 455,000,000. So if you had a plan of running away from the EFCC, I am sorry, they will have almost half a billion Naira worth of cars to chase you with. It is a car race now you know.

"There a line item in the EFCC budget that mentions the “Procurement and Upgrade of Microsoft Product Licences” which 142,237,198 was set aside for. This is as vague as something can get, and when it comes to corruptly enriching yourself, being vague is the best bet.

"Let me not stress you, 4,583,616,838 is budgeted for the “Completion of Ongoing New Head Office Building Construction” which 7,912,502,911 was budgeted for in 2016, bringing the total to 12,496,119,749. For those of you that numbers scare, that is over twelve billion Naira for the construction of the EFCC new head office. If the budget for the “Furnishing” of same building is taken into consideration, it becomes almost fourteen billion Naira. That is the anti-corruption model; build a fourteen billion Naira edifice to scare corrupt individuals and firms.

"The Bureau of Public Procurement has budgeted 52,957,485 for “Defence Software” and I find myself wondering when they became the Ministry of Defence. But things change, just like this government wants us to believe. I wish them a happy defence.

"In the course of going through the 2017 budget, I noticed a significant change. There no longer existed a column to show the state of a project. Previous budgets had the “New” and “Ongoing” tags designated to line items, and it made it easier to understand or rather follow the money. We might not know, but that little omission, which I believe was on purpose, has the ability to make corrupt practices invisible.

"The 2017 budget is beginning to look more like a shit-storm, but that shouldn’t be a problem because as you saw from the beginning, they started by budgeting generously for it.
We have come to the end of the first part of my budget analysis; hopefully the second part will have something better to offer us