What's Wrong With The World 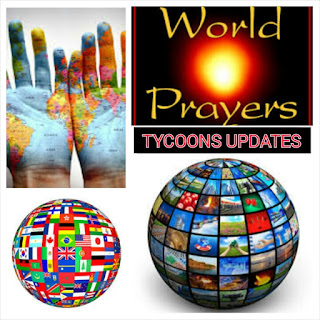 What is happening to America is the mercy of God. God has left America. There was a time the United States was exporting the gospel to the world. Now America exports homosexuality, lesbianism, gay marriage and murder.

There was a time that Britain exported the gospel. Then they had great men of God like John and Charles Wesley, Spurgeon who were exporting holiness to the world, But today, what is happening? Mosques are replacing churches, just the way Turkey has gone. In their afflictions, they will seek Him early.

Take a look at Nigeria, a land flowing with milk and honey, blessed with all manner of mineral deposits, But corruption has ruined and destroyed Nigeria. A few individuals control the wealth of millions. Until Nigerians acknowledge their offence and seek Him early, their afflictions will remain.


Britain has now legalized homosexuality and lesbianism in the church; USA, in the military. They must acknowledge their offense, For God said: "if you call me Father, I will call you Son". These three nations are, just to mention but a few, and they are very significant. Nigeria, the most populous black nation on earth, the land of Canaan, endowed with overflowing human and mineral resources; Britain, erstwhile widespread colonial masters and exporters of holiness; and USA, erstwhile crusaders on revival and the only living super power. 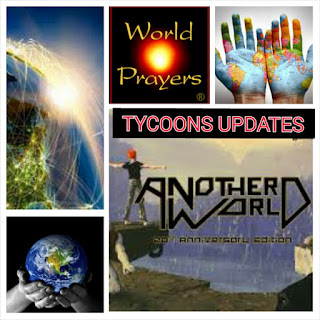 These three nations will yet see the anger of God. Still this is just the mercy of God. Look at America. A boy will take a gun and kill many. Mass shooting everywhere. It is the judgment of God.
As I speak of nations so do I speak of individuals. When you see hard times, hasten, don't relax. Don't be nonchalant, don't wish it away: cry to God, run to Him, don't exercise useless faith, for faith without works is dead being alone.

The captive exile must hasten and if he does not realise that God has left him, he will die in the pit. If you go to Britain, America and Nigeria, you will see church of nudity, church of satan and all sorts of satanic gatherings. All the world leaders have membership of free mason. It was not so before.


Abraham Lincoln did not belong to such cult. These people are in captivity, and captivity is death. The woman that liveth in pleasure is dead while she liveth. It must be said that the pleasure here is not the pleasure of enjoying ones well earned wealth, no, it is the pleasure of sin, of homosexuals and lesbians. When Jesus comes into your life, He gives you principles, commandments which you must live by. 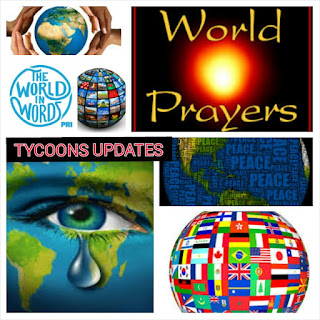 There is no place for ' leave me alone to live my life as I like.'. There's no place for tit for tat. Living in pleasure here does not mean having fleet of cars or being wealthy. After all, God said He will transfer the wealth of nations to us. Living in pleasure is living outside God's principles. Such a person does not have the language of 'your will, not my will, be done '. Look at America again and see how their constitution takes precedence over the commandment of God. God said, "so shall a man leave his father and mother and cleave to his own wife and both of them shall be one".

America says: "no, a man can marry a man, and a woman can marry a woman". It is their right. In fact, to say otherwise is hate speech. So to live in pleasure is not having plenty money. Solomon was rich and Job was the richest man from the east. These were very rich people. Though Solomon had many wives and concubines, God overlooked, but today, we have no excuse because Jesus has died for us. You have no reason to remain in your captivity. Repent and run to Jesus, confess your sins and forsake them and He will forgive and abundantly pardon and bring you out of your captivity, out of your pit.