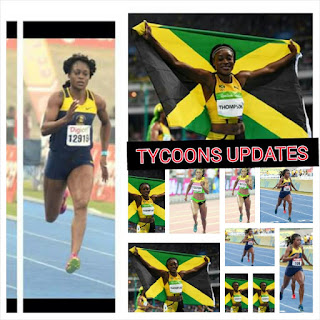 Elaine Thompson Double Olympic sprint champion, On Thursday said she was not the female version of Jamaican team mate Usain Bolt, her efforts  in 100 and 200 metres brought her victories in last month’s Rio Games.

She was rated the next usain bolt because of her great performance at Rio, she said  no, am not, am just myself, Usain is unique,

Her personal best time record over 100m is 10.70 seconds in winning Olympic gold. Elaine also mention Fraser-Pryce as her mentor. She said it’s her last 100 of the season, and she is looking forward for a fast time.


Elaine Thompson Is 24-year-old, and she is doing well , her wish is to grab the trophy.” Thompson coach "Stephen Francis" has predicted she will be able to run 10.60sec.

Elaine Thompson is from  family of five, she is the oldest among all and the only athlete in her family, she plans to return back to jamaica after the  Diamond League final. 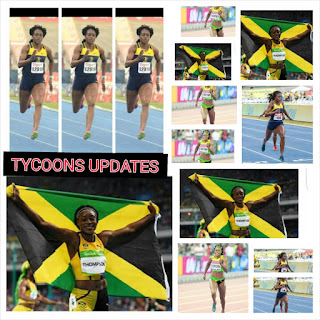