Home / comedy / 20 Most Over Rated Things Ever

20 Most Over Rated Things Ever 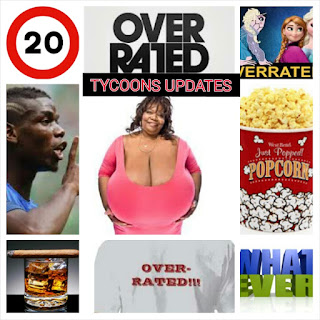 Some things don’t really deserve the amount of credit they get. Often I just look at the crowd fever and ask myself “Why’s everyone so crazed about this stuff anyway?”. You know you do too.

Here’s 20 things I think are over rated:

1) Big boobs
Who wants to cart around those extra pounds on their chest like a milk factory. You’re a person, not a cow

2) Football commentators
People don’t need you stating the obvious, repeating what’s already happening on the field. Oh, and by the way, who cares about a bunch of grown men kicking balls around a field (didn’t mean for that to sound dirty.. but you get my point). Sorry football fans. I just don’t get it.

3) Healthy eating
Give it a rest already. One chocolate bar won’t kill you. (And so what if it does? You’re bound to die of something eventually. You might as well enjoy chocolate whole you’re at it

4) Race
Why does anything ever come down to that at all? Until such time as there are green people (love green) walking the face of the earth, I’ll never get why anyone should intimidate/admire anyone else on account of the colour of their skin. It’s stupid. Black is boring, white is boring. Get over it.

5) Slim People
Fat people are nicer, more fun, more everything good. That’s why they’re fat. Way too much of that goodness to store up in a skinny malnourished body. (To be honest, I first thought of writing ‘skinny bitches’, but then I decided to allow my thoughts mature into something less… blunt).

6) Alcohol
You lose all sense of right and wrong (especially the ability to filter your speech through the normal thought process before they come out), say and do a bunch of silly things you wouldn’t normally do in your right senses (because you shouldn’t), then wake up feeling lousy and ashamed in the morning.
No wonder booze used to be illegal.

7) Cigarettes
They smell awful and they kill you. Why would anyone want to walk around looking like a human chimney? I don’t get it!

9) Popcorn
And I feel like a hypocritical writing this (‘cos I love me some popcorn), but, really, it’s just sugar (carbs) covered in more sugar. It’s silly 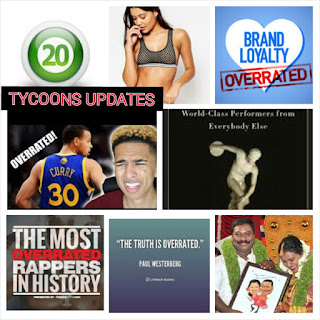 10) TV shows
All except Shondaland tv. And Breaking Bad (that show was beyond hilarious… lol). And maybe Empire. The rest are just over hyped.

11) make up artists
Why would you pay so much for stuff you’ll end up washing off your face before bed? Doesn’t even stay with you till the next day. It’s a dumb investment. Get a face-lift instead.

12) Jollof rice
Okay I’m kidding about this one. It is absolutely impossible to over rate jollof rice.

14) All those perfect people who eat proper balanced diet and exercise regularly. Y’all put too much pressure on us mere mortals. Quit taking yourself so seriously.

15) Limousines
It’s the length of three cars all rolled into one. Who first thought of that anyway? 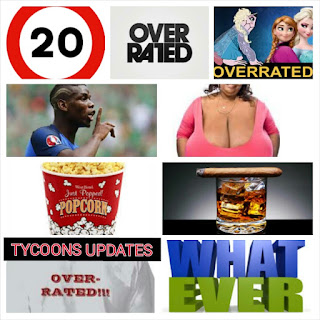 16) Award shows
Just a bunch of overly self-important show people reminding themselves to be proud of being in the public eye.

17)Reading
When all the good writers are writing tv shows. Why waste your time on a book? It’ll take you half the amount of time to get the full gist (including visual) from a tv screen

18) Marriage
Why do married people (espesh ladies) have to flaunt their wedding rings in the faces of those who aren’t married? We all know you’re miserable. Quit pretending.

19) Jewellery
Like I can’t go to church without ear rings and still look like a human being.

20) Being a Parent
Even cockroaches and mosquitoes have children. Give us a break please 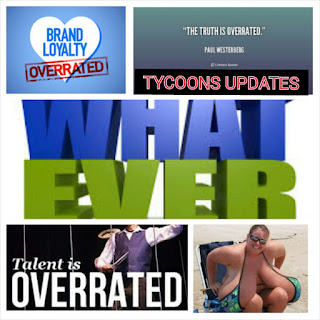