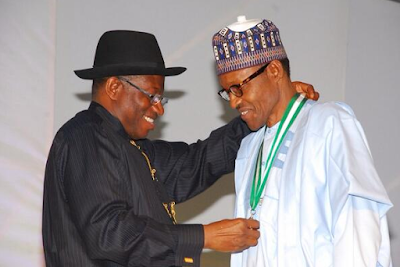 The Nigerian intelligentsia must be the world's biggest worshippers at political personality cults. In the run up to the 2015 presidential elections, it was a frightening battle between Jonathan vs Buhari intellectual cultists. Now as 2019 approaches, the Atiku vs Buhari intellectual cultists are cleaning their guns and sharpening their machetes. Go on social media and see the hay-headed sentimental foolishness already defining the debate for 2019.

They will drum up storms of opinions and write rivers of ink on the two cult leaders. They will carry placards and organize protest marches in support of their choice of the two. They will launch acidic abuse of mass destruction and rain ballistic tribal tornadoes on the poor electorate. All in support or abuse of the personality cult they support or oppose.

In all of these cult extremism, the so called intelligentsia will flush core challenges besetting the country far away from their intellectual or academic missiles. Only about five percent of the effusive verbal and written barrages due to drown us between now and 2019 will focus on deaths from preventable diseases and lack of Medicare, debilitating hunger of millions of citizens without jobs or hope, crushing lack of potable water and electric power for over 80% of the country, sickening deficiency in social morality or core values and the raging theft of public funds from every single public sector offices or units across Nigeria.

No. These issues are secondary. Political partisanship in support or abuse of Atiku or Buhari will seize our feverish attention. Facts will die, truth will take a holiday, critical thinking will be orphaned and analyses will be empty of logic but full of incendiary emotional bombs.

The consequence of this "My Cult Leader Must Win" frenzy is the sad neglect of dispassionate assessments of either men's or any other's capacity to address the country's core challenges. At the end of the day, the country loses, our challenges mushroom and society gets worse because unruly emotion rather than common sense had helped deliver yet another loss leader to lead us.

The hard truth is that our so called intelligentsia are no more than clucking market women gossiping and fighting without facts and reason. They prostitute their skills to ogre politicians. They lack critical thinking. They are unable to define and focus on the key issues. They are a troubling picture of deception, hypocrisy and recklessness. They constitute a major problem of Nigeria. The picture is not pretty.
Share on Facebook Share on Twitter Share on Google Plus