Home / confession / DANCE LIKE YOU ARE TIRED OF EVERYBODY WATCHING! BY HYMAR IDIBIE DAVID

DANCE LIKE YOU ARE TIRED OF EVERYBODY WATCHING! BY HYMAR IDIBIE DAVID

Let me tell y'all a story. 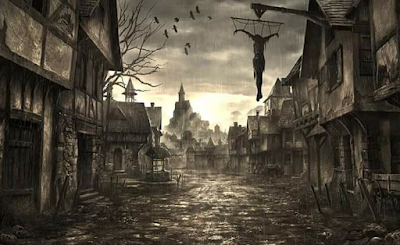 People always tell me I have talent. They say I have this gift. For long, I agreed with them. I would say, Na true, na God give me this ability.

But one day, I sat down, thought of it and realized I didn't really have talent when it came to writing. I just had no choice. Writing was survival mode for me.

I remember being a little kid, it was a struggle to talk. I couldn't communicate with people and I hated to use signs, because it made me feel different. I didn't want to be seen as different. I wanted to belong. Even today, I still can't stand signs. Even though I find it cool, smooth, when I see people talking in signs.

So, I was saying writing was survival. My folks would talk to me and I would nod or shake my head. Because talking hurt. They would however not want to have any of that, so they would say, Open your mouth talk! They would tell my little friends not to accept replies where I didn't talk. I think they were trying to get me to develop my speech by speaking more. But, I didn't like to talk so I tried to stay out of everybody's way. My old man would talk to me and make me repeat my answers. I remember getting angry. I could read their faces, why couldn't they just read mine too and let me fucking be?

I was like, uhm, eight. Maybe nine. I wasn't doing too well in school, after having been away for too long, visiting hospitals, churches, alfas, healers. I came back and realized my first position rivalry with Biola had ended. I humbly took my place close to the bottom of the class

😂 and tried to make sense of words and number mixtures I once knew.

One day, my older sister said something to me, I was with drawing cartoon figures on an exercise book with my older brother's pen which I had nicked from his bag. Instead of answering, I scribbled a response on the paper and passed it to her.

She read it, took the pen from me, corrected my spelling and walked away.

It was then I realized if I learned to write, i could just write all my responses instead of saying them and people would leave me alone.

That's was when I started practicing my reading. I began with Sugar Girl by Kola Onadipe, no, I actually began with James and his Bicycle, a tiny booklet like that I borrowed from a Mumuni in class. Then I read Queens Premier book 3 or maybe 4, I can't remember exactly which. Before I knew it, I was writing long notes in response to Papachi's queries. My old man was too happy I was finally starting to "know book " again that he didn't bother me about talking.

I grew up speaking words like I read them. Till today, my kid sister keep correcting my pronunciations (ironically i always demolished Oral English in secondary school exams and later in Phonetics at the university). It was last week that Hydrah told me Island was pronounced "eyeland" not "hisland" . I was like, Okay, thanks babe, but inside, I was like WTF, what is wrong with those white people sef?

I remember the day big sister said, "crisis is pronounced cry-six not Chris-is" I still laugh because she actually demonstrated by mock-up crying then making the number 6 with her fingers. Learning is actually fun. Fuck boring lecturers.

What I am saying is, I learned to write to get people to stop talking to me. I realized people were so obsessed with dragging me to their level of communication, but it wasn't working for me anymore. My folks just didn't want to accept I was now a special needs child. They wanted me to faith talk. Faith hear. By force it.

I had to learn to read and to write from those books like Eze Goes to School, Akin Goes to School, the Drummer Boy, An African Night's Entertainment, Burning Grass, my father's Sadness and Joy magazines, his newspapers, his Greek mythology books.

There was this neighbour we had then, papa Oghogho, he was my father's close friend. Whenever he had guests, and he wanted to impress them, he would call me and ask me to write them letters. He would spell out their names for me on a sheet of paper. I would gladly go to work on impressing those people with my writing.

Before I knew it, I was 15 and completing a novella I titled, His Father's Grave.

Before I knew it, I am 28 and realizing suddenly that I don't have any talent, I just did what I could to get people to leave me the hell alone. 28 and realizing, shit, man, that wasn't talent, that was just a little kid finding a way to adjust, adapt, survive.

Sometimes, one of my very few friends come over, and we have entire conversations with pen on paper. My voice is better now(thanks to therapy and speech practice) but I still have that accent that Mimi says reminds her of her Portuguese teacher in Italy and I still can't wait to run into friends like Jared, Patience Tiencepay and C-bomb who come with pens and lots of writing paper to chat with.

Especially C-bomb(boo, leave those mumu Swiss Alps come back nau) . Once we filled a whole 60 leaves notebook with our write talks, lying on the rug in her mother's house at Ajah, her kid brothers jumping over our legs as we filled space after space, talking about everything under the bright and shining sun.
Share on Facebook Share on Twitter Share on Google Plus