It Will Take Another 170 Years To radicate Inequality 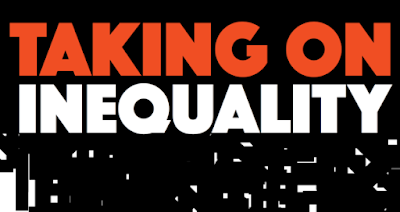 I have a friend. She has a 22 year old step daughter. Step daughter is nasty towards her.

"Heysss!" Is what step daughter calls her. "You that my father saved from shame. Stupid woman."

Step daughter fights her. Taunts her. Shames her. Disrespects her.

Her actions and utterances are endorsed by mother-in-law. Mother-in-law thinks her son is the best thing since slice bread. Bow down.

But son isn't providing shit for his household. My friend works and provides.

She is leaving her marriage. Of course, what's the joy being a doormat in your own home.

"I feel she'll poison me if I don't leave. She has fought me so many times," she tells me of step daughter.

Yet we waste our time talking about men hating women.

I can't see any man hating any woman who wasn't trained by another woman to become a misogynist.

170 years just to finally accept that women are equal to men.

Out of 170 years, we need 169 years to address women's hate. If we fail to confront the true custodians and drivers of patriarchy, we will never see the end to inequality.

Feminism is driving really fast a sports car on a tarred road... heading to the wrong direction.
You need to make a u-turn; face the other way. Drive straight into your bubble and confront your own hate.

A husband is trained to think little of a woman because a mother made him so. A mother who isn't about to let her son be a "sissy" in marriage.

There are no men around the agony of widowhood. Only women. Plenty of them. Rejoicing in your anguish. Razor blades. Cutting your hair and your wings. Culture. Black. Teaching you subservience. Pity. Fear.

But no, we are talking about men and why they hate us so.

170 years...because women will not stop passing the bulk of misogyny to men.

Tyrese, the musician, got married to a black woman. Guess which gender flooded his IG to dissect her beauty and race? Definitely not men.

I can give you one hundred more examples of similar behaviour executed by women. But what's the point? You all need to first pause on those annoying roundtable meetings where you applaud your successes and deal with the shit that kills your progress. YOU.

My friend (mentioned above) has two step children, actually.

One is this useless 22 year old girl (who, I'm sure is some kind of social media feminist complaining about what-men-do-to-women on famous threads. I see you!)...

The other is a boy. A 19 year old boy. Respectful. Kind. Caring. Full of love for his stepmum. Pushing for her to leave his deadbeat father. The only reason she has remained this long in that home.

So, tell me again about men and misogyny and women as victims.