Beyond Blood' A Review By Kayode Olagesin


Beyond Blood is a powerful story centred on a modern day Mother Theresa, Moji Dosunmu played by Kehinde Bankole. Moji, a privileged child, educated abroad, who turned her back on law to run a home for the rehabilitation of prostitutes. 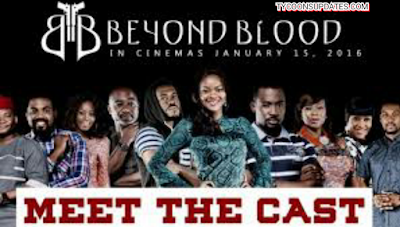 She is your typical, conscientious do-gooder who places others above self until crises comes from the indiscretion of her fiancé just before their wedding. Will she remain true to herself or turn rogue?


We see the development of her character from this romantic entanglement, moving from being a willing lamb led to the slaughter of an ‘arranged’ marriage to becoming the passion-awakened woman who takes her destiny in her own hands and falls for the original bad boy, Akin Pedro (Joseph Benjamin).

Has she moved from the frying pan to the fire? We are treated to delightful suspense as we also deal with the intrigue of her runaway brother in a sub-plot as we enter the dangerous world of prostitution and human trafficking. 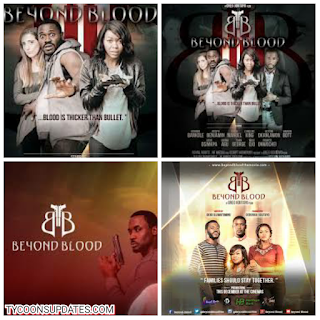 But it is not all serious stuff as we have a healthy dose of humour in the dialogue and the use of multiple languages in narrating this story. From English to French to Yoruba, the characters bring local nuances to this story that takes us to London and back to Lagos where the main story is set.


This movie highlights the risks involved in a life of prostitution and in everyday relationships through the sexual indiscretions of partners. Are people what they are? Are appearances deceptive? Are things what they seem? We see the ugly side of people but also the power of redemption if given a chance.


Beyond Blood mirrors our society, our values, both good and bad. The imposition of a family will on individuals and the story of a family coming together in a time of crisis is interwoven. This movie fits into the classic drama genre with a good dose of romance, comedy and action. It is all brilliantly packaged in this directorial debut of Gregory Odutayo on the big screen.


Together with the Director of Photography, they tell a beautiful story in words, pictures and music. I loved the camera angles and the beautiful scenic and panoramic shots of Lagos. So, Lagos is this beautiful, even more so in this movie. In terms of production values, this is a quality production that positively advertises Nollywood and the quiet revolution going on within the creative industry where art is meeting business. I was impressed with the subtle product placement for Heritage Bank who supported the project. The music, most of which were by HF music, helped in accentuating the different moods in the story. 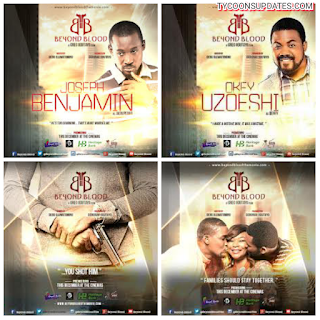 The characters in the story all gave a very good account of themselves but asides the leading characters of Moji and Akin, I was particularly impressed with the acting of Ijeoma Grace, playing the prostitute, Susan. Other members of the cast includes Francis Onwochei as Uncle George, his wife Nkechi, played by Shan George. Deyemi Okanlawan and Wole Ojo as Moji’s brothers, Tunji and Ladi respectively. Carol King as Mama Ladi and Bimbo Manuel as Baba Ladi with Marion Bolt as Danielle.


The story keeps you riveted to the screen from the very beginning but the pace slackens a little in the middle as you try to figure out where the main and sub plots are taking you. Will it end well for Moji as you wonder why good girls are always attracted to bad boys?


It was a most delightful experience at the Premiere judging from the reaction of the packed house. Will I watch the movie again and will you learn at least a word of French from the experience? Oui! 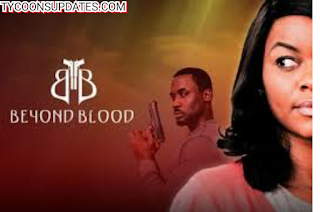 Beyond Blood is a bold initiative by the Producer, Debbie Odutayo and this delightful offering is now being put to the test at the box office with the movie showing across cinemas from this weekend.
Don’t be left out of the discussion as this movie will dominate conversations in social gatherings and social media in the weeks and months to come. Call up your friends and family, get your tickets, grab some popcorn and soda and enjoy a delightful experience at the movies.