Home / local / Now That The Judges Have Been Released

Now That The Judges Have Been Released 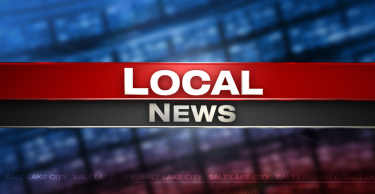 Uncle JD, an 'analyst' on the Front Page News and Analysis programme this morning when asked what next now that the judges have been released said he hopes they will be arraigned and if that doesn't happen, the arrest sends a very strong signal to corrupt judges because impunity more than anything is why people commit corrupt acts. Ha! That is the problem and he simply summarized what appears the government strategy. Make a dramatic arrest, generate publicity and get everyone in a frenzy then from there progress slowly to an anti climax. Why arrest if you don't intend to prosecute? I sincerely hope this is not the case. Now that the judges have been released we must certainly have closure and it mustn't go the way the cases with the leadership of the Senate is going.

Uncle JD was full of praises for the DSS for their work and he is usually very confident in his remarks but stammered a response when he was asked to comment how after 6 months of painstaking surveillance the DSS missed the house of the judge they were targeting and went to the house of the judge next door! Yet the judge and his neighbour are both neighbours to the DSS office! Uncle JD said the DSS made a mistake and everyone makes a mistake. Like they make mistakes on the programme and apologize when they realize. So we are waiting for the DSS apology for the traumatized neighbour whose house they raided but was not the target, after 6 months of surveillance!

Now right after the programme is the sports programme where we learnt two plain clothes policemen tried to arrest or abduct a member of the NFF concerning a case with Giwa FC in the middle of the night as the Super Eagles arrived from Zambia. When asked for their ID card they shot sporadically in the air and the Super Eagles players had to be spirited out of there. It took the Sports Minister, other members of the NFF and journalists to prevent the arrest. What is it about midnight arrests. Should you have a case with your neighbour and he invited the police, when they come for you at 3am, please be a good citizen and follow them!
Share on Facebook Share on Twitter Share on Google Plus