Home / confession / A Human Being Is A Product Of Their Thinking, "We Can Think In A Defective Manner Or Do So Critically With Empathy" By Darren Idongesit!

A Human Being Is A Product Of Their Thinking, "We Can Think In A Defective Manner Or Do So Critically With Empathy" By Darren Idongesit! 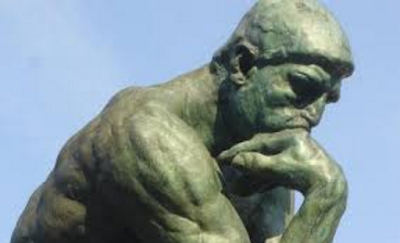 A human being is a product of their thinking, we can think in a defective manner or do so critically with empathy.

We have to learn the evaluation of ideas for its merits and flaws with the aim of applying same analysis to our daily lives.

In the villages of Nigeria lies beauty, our culture, and history but also most of the things we strive to rid in lieu of progress and prosperity.

While prosperity is relative, a farmer harvesting 300 big tubers of yam might feel very prosperous and contented but then the market value might not be enough to rent a 1 room self-contained flat in the city.

However relative things like prosperity, happiness, love can be, what's clear is that illiteracy, low HDI, and communal clashes are undesirables and these things are abundant in villages.

Our society is trying to move away from the village life yet we drag along patriarchy and religiosity from the village right into the cities, we propagate the witch hunting rituals of our primitive societies into modernity.

The Nigerian village is a terrible setting to raise a human being, from children who can't understand 'what is your name?' to women who subserviently shut up and fall in line when the man bellows, in the village, the man is king and he is served like one.

I occasionally felt uncomfortable with such ways but later on enjoyed the immense pleasure of commanding 'some female' to bring our big mound of fufu, for the man must eat only with men and the morsels must be the size of a clenched fist, to be a man comes with such occupational hazards as choking on the food one eats but the wives of the host seem to find pleasure in waiting for the men to eat to their satisfaction before they proceed to doing same.

The power of patriarchy is alluring but the inability to avoid such power is in itself a product of illiteracy and a base mentality.

We have carried these cultures from our villages into modernity but then aren't we supposed to be better educated in the city?

Aren't our schools better than the village secondary school with just a single block of three classes and a corper-principal!

The village man is one you don't negotiate any form of power sharing for the women neither can you raise such issues as atheism because he never understands these concepts, he thinks in a linear manner, if you are not a Christian then you are the Fulani Muslims who destroyed his community in the 2014 clashes that left them homeless.

On sensing the error of disavowing Christianity, one immediately denies being Muslim but then this is a worse situation because the option left is that of a malevolent shrine visitor as the ubiquitous churches in the villages have waged an endless campaign of discrediting traditional religions over the years.

So when it comes to eating with a village patriarch, enlightened ideas such as questioning of religion only leaves one vulnerable hence a quick mea culpa and personally leading a prayer over the food, the natives pray very briefly in English language perhaps with great distress just to show off their religiosity, to such effort one says the loudest 'amen' to dissuade any further enquiry as to the earlier nonreligious gaffe.

The village life and mentality so imperceptible to progressive change is what we should strive hard to rid, to open up the people to universally accepted values based on equality and tolerance.

We must enhance our level of thinking so our higher thinking, a departure from the village mentality, will come to define us and the egalitarian future we would be so proud of.