Home / local / Film Is A Powerful Tool for Children! By Joy Isi Bewaji

Film Is A Powerful Tool for Children! By Joy Isi Bewaji 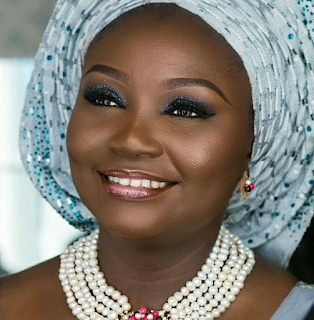 I was about 13 years old when I watched one short film on NTA… about a teenager who got pregnant. It was very well told – the ordeal of teen pregnancies, the consequences of teen sex, the nightmare of becoming an adult too soon, the sacrifices – giving up education for a while to focus on a child who came too soon; the disappointment in your father’s eyes, your mother’s worry; society's burden of shame; the neglect of the “other family”; the pain of watching your “co-conspirator” - the other parent, resume his own life without hassles. All he had to say was, “It wasn’t me,” and he was let off the hook.

That haunting melancholy the director intended was aptly described to the horror of my 13 year old self. The girl lost everything, except a scrawny little baby who was more of a torment than a blessing.

That movie was poignant. I must have watched it more than ten times. For every time it was aired, I watched, and I was left distressed and in agony for a young girl just a couple of years older than me, left to suffer the consequences of one wrong move. The character was fifteen or so. Had a bright future and had to stall that because sex happened and a baby came along.
She couldn’t meet up with the demands of a harsh society, and simply ensconced into her role as a mother without much accomplished afterwards.

They did manage to show us how the consequences of sex had little or no effect on the teenage boy - her co-conspirator.

It is to this short film’s credit that I stayed a virgin all through my teenage life and well into my 20s.

I was terrified by how much that young girl lost just for a few minutes of pleasure.

Film is a powerful tool for children.

It is why I cannot stand Disney channels, and all the fluff they brag as content. Not one programme has true substance. NTA tries to keep with moral instructions, but with abysmal aesthetics that will make you choose death instead.

So one has all the gloss with superficial bull crap! And the other struggles with basic, decent, contemporary production.

Who will bridge this gap for the sake of the 13 year old girl who isn't so sure why she should not be having sex.

Please leave your silly religious instructions out of this post. Children don't give a shit about hell. You can't sustain "good upbringing" with the promise of heaven and the reward of hell fire.