Home / local / Your Ability To Think Is Critical! By Darren Idongesit!

Your Ability To Think Is Critical! By Darren Idongesit! 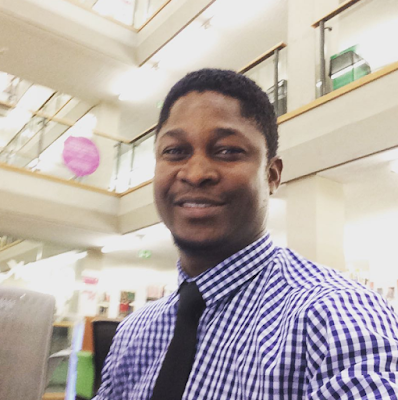 I refer to myself as a 'citizen philosopher,' this is in no way a denigration of those who study philosophy in the academia. It is neither an attempt to appropriate a title or futile claim to wisdom when in essence all of humanity can lay claim to wisdom as well as profound ignorance.

However, through the ages, a balance between wisdom and ignorance has always tilted towards the later as the masses refuse the title of 'citizen philosopher.'

Plato was against democracy for this same reason as he saw the masses swayed by emotion and rhetoric rather than any methodical approach to knowledge.

So a democratization of philosophy is important in the age of democracy, the age where the government is chosen by the masses, one cannot afford to have an ignorant population.

What are the prerequisites to being a citizen philosopher?

You need to be a human being.

You need to acknowledge that you are a human being.

You therefore need to assert that which makes you different from other living creatures.

What is a human being?

Is it exclusively a white man? Does this definition exclude children and women?

The answer is 'no.' A human being is the legacy of the Homo sapiens of which is included the entirety of woman, man, transsexual, child, transhuman or the bionic person with part machine(prosthetics) with or without the essential cognitive abilities familiar to our species; this definition of human is so irrespective of gender, race, or creed.

So given this definition, the amputee is a human being as well as the mentally challenged.

To cement this call for citizen philosophers comes the most influential maxim in asserting our reality as human beings with innate ability to query nature and acquire knowledge through which, a validation of our very existence;

René Descartes' simple yet valuable insight into the existence of humans in reality. In an extended rephrase, René's maxim 'I think, therefore I am' is a call for citizens to think, your thinking validates your right to existence as human beings.

Thinking is not mere fleeting thoughts, it's a deliberate and careful consideration of matters, it's not impulsive but methodical and all human beings can perform this function albeit some would require learning especially on how to validate information and logic.

In the Western world, dog is man's best friend; so much so that APPA declared $61 billion was spent on pets in America for 2015 alone!

To gain a perspective on that figure, our 2016 Nigerian budget was 7 trillion which is about 23 billion dollars!

So if people spend almost three times the budget of Nigeria to care for their pets, this means they love dogs right?

It's therefore understandable to an extent that Americans hate the Asian festival for dog meat held in Yulin China.

How should a citizen philosopher decide if eating dog meat is moral?

Remember that this explanation is subjective as you are left to decide for yourself what is moral but before you do so and condemn the Asian as immoral barbarians, let's explore another way.

There is a Spanish festival holding this weekend across the country; Pamplona, Madrid, Sevilla all hosting wildly popular bullfighting festivals.

Here is what happens in this festival; a bull is drugged to make it aggressive thus signifying diablo or the devil which the crowd must torture to exhaustion on the streets before the animal is herded into a bullfighting ring with huge spectators all cheering as a matador yells 'ole' while continuously stabbing the bull in a gruesome and bloody one sided fight. He takes advantage of a significant biological weakness, the bull's unwavering affinity to a red coloured muleta which he waves in the air to create a useful diversion.

Now let's put this in contrast to Asians who have deep reverence for cows; in India, it's a crime to kill or eat cows hence the massive exportation of beef to the Western world.

So are westerners immoral for torturing and eating the god of Asians?

Are the Asians immoral to eat the American's best friend?

To break the moral impasse, a citizen philosopher must think and in a humane manner.

The cow and the dog are animals.

Man is omnivorous and requires animal meat in diet.

So the moral question is not which animals to eat in other to survive but how we treat it.

You have to agree that the cow and the dog feel pain so a means of killing should be swift and offer little to no pain.

If the Chinese kill dogs by stunning, a usually humane 21st century means of animal slaughter in progressive societies then they are not morally wrong to eat dogs.

If cows are slaughtered in a humane manner, this means that the Westerners are not morally wrong in eating beef.

What does this say of the Spanish bullfighting?

Morally wrong! If they want to eat an animal, why torture it?

Is the kosher and halal means of slaughtering animals moral?

It's not moral as animals go through excruciating pain during beheading and slow bleeding of the carotid arteries. Animals don't deserve such torture for us to eat them.

It's our nature as animals to eat other animals, they taste good anyway, but- a very big but, we have the moral responsibility as humane human beings to ensure animals don't suffer pain for our pleasure.