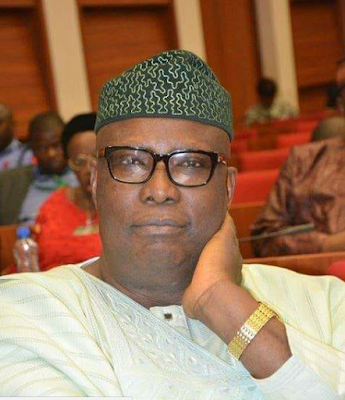 Muslims in Ekiti State have been commended for their perseverance and their role as a major stabilizing factor in the state. In a statement issued on Sunday, the Special Adviser to President Mohammadu Buhari on Political Affairs, Senator Babafemi Ojudu urged Muslims in Ekiti state to continue to follow the path of peace and perseverance as preached by the Holy Prophet Mohammed
(SAW).
He said Muslims in the state have been outstanding in various fields of human endeavors adding that their commitment to progress and development of the state over the past years are outstanding.

“Muslims in Ekiti State have continued to sustain peace through their culture of perseverance and endurance. The Muslim community in Ekiti remains a major asset that cannot be wished away. They have made tremendous contributions to the upliftment of Ekiti state in different fields. There is no doubt that they are a major stabilizing factor in Ekiti political economy”, Ojudu said.

According to him, the end of the Ramadan should be a time for Muslims in Ekiti State to reflect and renew their commitment to peaceful coexistence and prayers for liberty and justice to be entrenched in Ekiti State.

“The holy month of Ramadan is a very important phase for every Muslim. I urge you to continue to sustain the peace of our state while you intensify your prayers for good governance, justice and liberty in our motherland.”