Home / fitness and wellness / In Developed Societies With Advanced Medicine And Healthcare, There's A Treatment For Almost Every Disease

In Developed Societies With Advanced Medicine And Healthcare, There's A Treatment For Almost Every Disease 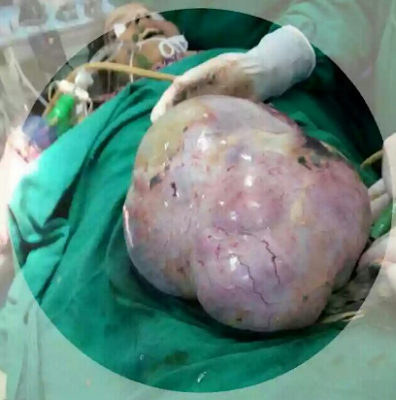 A lady had a cyst growing in her ovaries, I think.

The cyst had hair, teeth, eyes and a brain - right inside her body!

When her immune system tried to fight this cyst, it also attacked her brain. The original brain, in her skull.

The effect of this was hallucinations, and mental incoherence. She couldn't recognise anyone. Didn't recognise her sister or her parents. And was mumbling bullshit.

When she had to use the bathroom, she would walk backwards on all fours to the seat of the toilet.

When she puked inside the toilet bowl, she could see Captain America staring back at her.

If she was a Nigerian living in Nigeria, she'd be branded a mad woman and dragged to the village. Everyone would be ashamed to acknowledge her disease; some evil ones will claim it is a reward for an immoral act.
*
Some other woman was losing her right hand to a flesh-eating bacteria. Her hand was decaying right before her eyes.

In developed societies with advanced medicine and healthcare, there's a treatment for almost every disease.

Imagine if a relative starts to walk backwards on all fours to the restroom. We would call him/her a witch.

We would blame the old woman he greeted when he visited his village (that old woman would be forced to make a ridiculous confession to justify the tyre around her neck about to go up in flames. She'd brand herself a witch just so they'd let her die in peace.

For the pain of the thick branches off a tree would have scarred her back so badly, the prospect of death would be comforting).

We will run to church and the pastor would tell us that our mothers are the head cultist in Olodorabata Association.

We would go by midnight to get concoction from one babalawo.
-Because there's no functional health system in Nigeria.

If it is beyond malaria and typhoid then it is "village people".

If paracetamol or chloroquin cannot cure your health problem, then you are paying for an offence. Probably you insulted Oyedepo.
*
There are about 100,000 human diseases in the world. That children are still dying of ordinary malaria is a third world disgrace.

In developed world, nothing is attributed to witchcraft. There's evidence of everything crawling inside of you, every foreign bacteria eating your insides.

When you watch Monsters inside Me, you'll realise that the gods we are waiting for have been with us all along.

They are foriegn doctors.

And they say things like... Escherichia coli, Enterococcus, Klebsiella pneumoniae, Pseudomonas aeruginosa...and they find the cure to these diseases.

God must be really impressed with first world countries, I tell you. The real miracles are happening in ERs abroad.