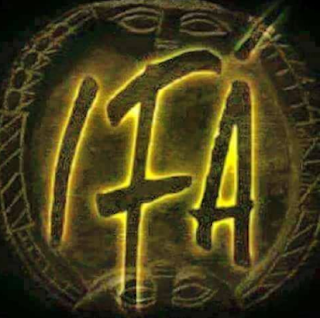 Ifa is the totality of Yoruba's spiritual, moral and natural philosophies.

Spiritual philosophy as in the sacredness of the Yoruba godhead or divine intelligence - Olodumare, and its visible manifestations in nature (I.e. the Orisas).

Further, as in Yoruba creation story and eschatology (I.e. the concepts of Egungun, transmigration of soul (Akudaiya), and reincarnation - Babatunde, Iyabode, Omotunde etc). And finally, as in the concepts of Ori, kadara and akunleyan.

In the Oodua nation that we've proposed, a high school graduate will be able to use Ifa to formulate the sequential order in the evolution of knowledge and explain all known subject areas, from Law to quantum physics