Home / religious community / What Happened To Jesus Was Lynching

What Happened To Jesus Was Lynching 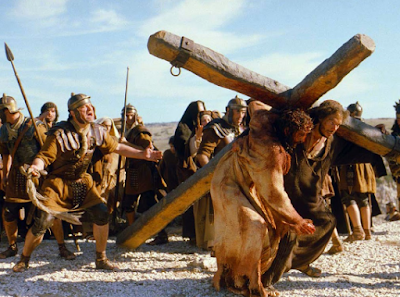 What happened to jesus was lynching . Such gruesome execution that even gory ghouls would feel appalled today.

Torture a human being with flesh-ripping scourge then piercing with thorns. Walk him through the street with a rubber tire on his shoulders-oh sorry a cross- then hammer him to a cross that is raised to the scorching sun.

He was to bleed slowly to death but in the case of a delay in departure, a poke of open wounds would do the trick.

Now I know what an average mind would feel;

The Egyptians, Jews, and romans are evil murderers and I'll forever be guilty for this crucifixion.

Think deeper than that, ask;

"What could ever happen to a man to make him give up his son for such a gruesome display?"

How hard can one's heart be that they torture their son rather than forgive those who offend them?

I find this morally indefensible and outright offensive that a father sacrifices a child.

Not in my moral book will I approve a story which depicts a father sacrificing his son rather than himself in the event of danger.