Sexuality Is A Private Affair 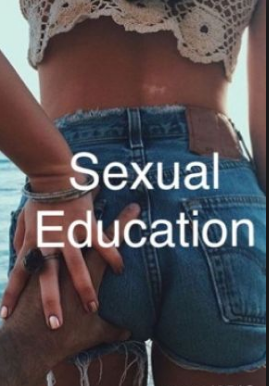 In my teenage years, boys would go around chasing or "chyking" girls into relationships that were often platonic but a few exceptions occurred when the boy and girl were "sharp."

Chyking happens to be a West African pidgin word which is a bastardization of psyche and like some indigenized English word, there is a subtle difference in meaning.

Chyking involves flattering and overt flirtatious postures that would mentally prepare a girl for an informal proposal of friendship, it's beautiful to watch young men and women shamefully make attempts.

While chyking involves courage and fluidity of words, the formal proposal was then written in the form of a love letter that would hopefully capture all that was not said during the chyking.

This is how relationships were struck before the age of instant messaging and computers.

Chyking was my first introduction to Nigerian hypocrisy, the boys that had sisters would literally beat up anyone chyking their sister but they would have no problem going after other girls whom I suspected are orphans with no brothers or family.

Sexuality is not a private affair in Nigeria, men are constantly trying to tell women how to go about their sexuality but they covertly sleep with numerous women while denying same privileges to the women in their family.

The simple idea is that any adult having sex has no business pontificating to another adult on sex. Adults can have sex in the manner and amount they think is satisfactory to themselves.

Even the priests have no business pontificating to others on sexuality.

A lesbian "do" will not stop you from doing the do in your own very private life.

We as a society have no business with what adults do in the privacy of their houses.

Don't peek or poke your nose into people's houses to know how they are going about with their sexuality.

I don't talk about Big Brother because I find it boring and invasive of the privacy of others; if you don't know that it's voyeurism to secretly watch housemates then come on public to complain about their sexuality.

They were staying in their house, you decided to tune in and become a voyeur only to complain that you don't like them having sex as though you are an illiterate that cannot decipher what is PG 18.

It means Parental Guidance and only for those above 18 years.

Parental guidance is not only for children, it's also for pastors, priests, rabbis, generally adults who might be offended by the programme that's why PG 18 comes up clearly because media companies care about your moral values and would want you to tune away from programmes that have PG 18.

You can't petition or sue a company when their programme has PG 18, it's expected that owners of DSTV in Nigeria are intelligent anglophones so protesting a PG rated programme is either hypocrisy or a show of ignorance.