Home / education / People Refuse To Entertain Thoughts, This Is The Flaw Of Indoctrination

People Refuse To Entertain Thoughts, This Is The Flaw Of Indoctrination 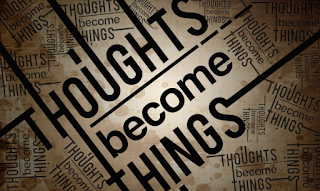 Thoughts are random muses, deja vu, lingering questions, witty remarks, paradoxes, fleeting emotions; basically, thoughts are anything that you are open to it's perception.

While the work of Sigmund Freud might fall largely into the abyss of pseudoscience, it nonetheless shows a man who entertained every thought and postulated hypothesis as to why such thoughts occur.

On the entertainment of thoughts, I'd put forward these questions;

Why didn't an omniscient god know that Satan would revolt?

Why didn't an omnipresent god present itself at the garden at the right time?

Why didn't an omnipotent god stop the puny snake?

Let's accept the illogical conclusion that the ways of god is a mystery but perhaps we can build another thought from that mysterious premise;

The 144,000 who would make heaven are gathered in celestial paradise,

Will man in the space of infinity revolt against god?

Logically, the answer is 'yes' because we are talking about an eternity so it will only be a matter of time for humans or other angels to revolts again.

Now in a retrogressive theory, what if the creation story of Genesis has occurred over and over with respect to the infinite retrospection?

So an all knowing god continuously makes the same creation mistakes over and over because time is infinite.

So on entertaining the thought of an infinitely retrogressive creation myth, doesn't it sound ridiculous
that you will want to live forever in celestial paradise?

Given that time is infinite, it would only be a matter of time before humans revolt again especially in a celestial North Korea with no Wifi, Facebook drama, or even jollof rice.