The Bible is exactly what we'd expect from uneducated old men from an era when women were regarded as inferior. 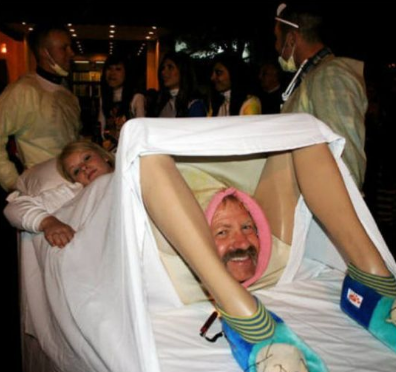 They are so ashamed to admit that they got out of the vagina, they will invent a story about coming out of the dirt just to escape the reality that all men are born of women.

All, all, and all;
not one single man has ever lived without passing through the vagina.

The story of Adam would rather have it that man came from dirt because dirt is more dignified than a vagina.

They even wove the story so tacky that they forgot to mention women, like the misogynist they were, they sealed it with a twist- women came from a man's rib.

The writers were jealous of the fact that all men came from women's vagina so they wrote their own account and turned evidence on its head.

Have you ever seen anyone that was born through the sectioning of the thorax?

Show me any rib human being?

Some messages have subliminal tones that feed your subconscious.

You probably hate eve too?

I don't blame you, of all the things one can expect from a book written by angry old patriarchs.

Who was in charge of the garden?

Who knew all the animals?

Who received the instruction about the forbidden tree?

Somehow it's Eve's fault and she had to be punished with painful childbirths!

Do you know how painful childbirth can be?

How do you punish generations with such horrible phenomenon if it wasn't written by heartless and angry old men.

Some things are self explanatory.