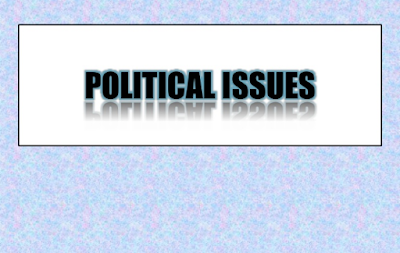 There is a FINE LINE I want us to point out when analysing the Nigerian Political firmament and its gladiators.

I will use Dino Melaye and the Grasscutter as examples of characters that have found themselves as gladiators on different sides of the political narrative.

There is this mentality of "my enemy's enemy is my friend" which is quite prevalent in several commentaries. Yes, that can sometimes be true, but its not always straight cut.

That is why before I move in, I assess the personality of the character before the context of the fight.

Dino Melaye and the Grasscutter are opposite sides of the same coin who will not hesitate to switch sides at the drop of a hat.

Dino Melaye may be my enemy's enemy today, but he will never be my friend as long as the welfare of the people is concerned.

In the same vein, the grasscutter will not hesistate to abandon this regime once the grass is greener somewhere else.

Also, that notion that "when the oppressors of the people fight, the people benefit", is not true. Nigeria did not benefit much from the OBJ/Atiku fight, nothing much happened during the Yar Adua illness when GEJ was stone-walled from the major players of that regime either.

Some moves against some people may be political, but their innate character, as well as proof of malfeasance is what will judge my sympathy (or lack of) towards them.

You think you should keep quiet about grasscutter because talking about him will make PMB look bad? You are wrong!!

You think you should protect Dino because he is on the side that is against the government you dislike? You are wrong!!

These two people will not hesistate to screw you over if time permits.

Dino was a willing tool without principle against GEJ. That principle is still lacking even today.

The grasscutter was not even a known name during the build up to the 2015 elections, so you cannot even say he had some form of commitement. He is actually one of those Aisha Buhari was talking about.

Stop queueing behind thieves simply because they are fighting the thieves you hate. They are capable of effortlessly uniting against you once the weather changes.

Use your own voice to carve a niche for the people. That is the only way both sides will respect you.
Right now, you are just cannon fodder for all their selfish games.