Historical Proofed That Nigerian Men Understand The Concept Of Feminism 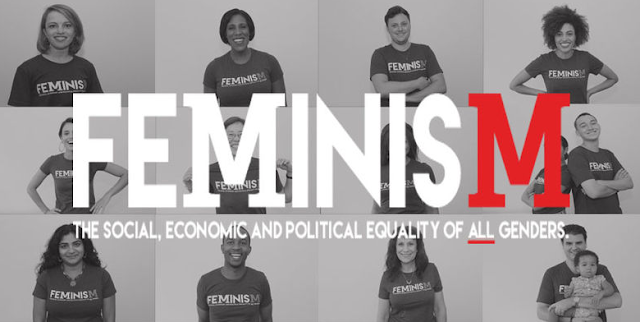 I have historical proof that Nigerian men understand the concept of feminism and have even enforced same. I'll bring it up in the second half of this very short post but...........

Isn't it sad that we are arguing about cooking in this 21st century?

You may have a bit of Western common sense and therefore find such arguments unnecessary or puerile but this is Nigeria, you know.

These arguments come up because somewhere right now in Nigeria as you are reading this, a man is trying to tie a woman's destiny to the kitchen.

They do and that's why you will continue hearing these red herrings thrown out to discredit a legitimate cause.

Cooking arguments can't come up in societies were the men have sense and are unselfish in seeking equal opportunities and rights for all genders.

Cooking arguments arise because men in Nigeria have decided to push a false narrative so as to marginalize women in the patriarchal status quo.

They know what it's about but are too selfish and lazy to face the reality that women deserve equal rights and opportunities.

African men know what equality and women's rights protection is but are too wicked, greedy, and selfish to ensure a fair society for all.

I will bring up proof that these men know what should be done but are too wicked or selfish to push for its implementation.

I will narrate from the biography of one of my favourite historical character- the Scottish missionary named Mary Slessor.

Mary Slessor was a foremost feminist and advocated for women's rights fervently, she took up a mission in the tropical jungles of Africa when men told her not to go, she encouraged other female missionaries to join in the missionary work in Africa.

She wrote lots of letters and journal entries but didn't write her own autobiography, a biography by Mr Livingstone was written and there lies evidence that Nigerian men understand women's rights and how to enforce such rights.

On one occasion, a group of men were fighting and chances were there to kill women but Mary Slessor intervened and was trying to bring calm amongst the persons involved. Out of the scuffle, one man mistakenly hit her.

The fighting stopped immediately amongst the men, both sides stopped fighting and the guilty man was caught. That wasn't enough, the man he was fighting with in the brawl was also apprehended.

A sacrilege was committed and blood must be spilt.

The men were to be marched to a ritual point and killed for committing such abomination, it took Mary Slessor's intercession and continuous monitoring of what would happen to the men that actually saved those men.

Why did those Nigerian men know immediately that it was wrong to hit a white woman?

How many Nigerian men abuse their Caucasian wives?
Name one?

These are the same men who suddenly become ignorant of feminism when an Ibibio man hits his wife.

It's our tradition, you can't intervene when a man is beating his Ibibio wife, you dare not because the wife is his property paid for in cash and gifts.

There are no consequences for hitting a Nigerian woman that's why such patriarchal cultures must be challenged and the laws protecting women enforced in an effective way.

The same men who stifled the progress of their womenfolk suddenly gave Mary Slessor the opportunity to be the chief judge of the traditional court.

She was so fair in conflict resolution that all the indigenes would not meet other judges except Mary Slessor was there.

Was this a rare case of African men understanding the worth of women in such important roles?

Do African men understand the concept of feminism when it's only Caucasian women?
I don't understand Nigerian men sincerely.

Why can't we treat our womenfolk same way their counterparts are treated in other cultures?