Former editor at spice and Former Co-Host at your view on TVC uhf 49 "Joy Isi Bewaji"  announced the lunched of her tv show, Which  she called "The Chat LIVE" . 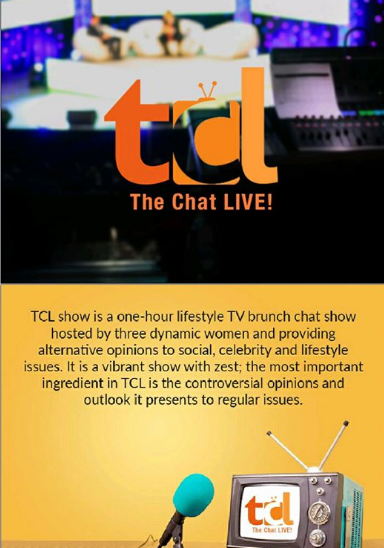 The show will be Co-Host with  Bimbola Babarinde Amao.

The Live boardcast will begin in April and will be held on Galaxy TV.