War For Gender Equality Happens In Our Homes Everyday

My feminism is a war not a battle, a war that is raging in the lives of the next generation. 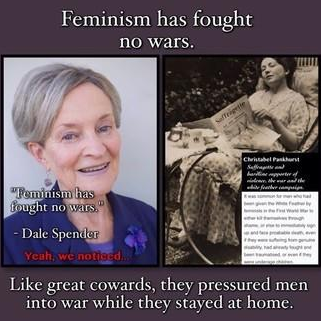 Hillary Clinton's battle for the presidency was not my business, I actually supported Bernie Sanders because my feminism is not a feminism of the one percent greedy politicians or any particular race, my feminism is a war for the future of African girls who are in a daily battle with the invisible hands that shape a patriarchal society.

A gender equality bill at the Senate is just a battle, the war is changing perceptions at home.

The real war is how we raise our daughters and in a 2010 document on child abuse by the British home office to Nigeria migrant parents, a quote by Frederick Douglas is displayed at the cover page though not in these words;

"It easier to train a child than repairing a broken man."

The war for gender equality happens in our homes everyday not on the Senate floor, the 35% affirmative action by the previous administration was just a palliative PR that favours well placed women like Oluremi Tinubu, Patricia Etteh et al.

This is only a battle in a bigger war, my definition of feminism includes all females including those in the villages and those not entitled to such high positions, feminism is about the right of every female child.

Feminism is how you raise your daughters to value themselves as equals or better than boys.

Raising strong willed girls who understand their worth and talents is better than fixing a woman who defends an abusive husband, at that moment were an adult has relegated herself and safety to the background, you don't fix that, you move on.

You don't fix women who don't know that they should be on the streets till a gender equality bill is passed, you move on to begging that they at least raise their daughters right.

Patriarchy establishes itself by raging an endless and brutal battle against the female child at home, the role that parents play in reinforcing the idea that boys are better than girls, this is the war that must be won.

Battles might be won in the Senate but the important war is how we raise our daughters in relationship to boys.