OF TIME AND TIDE LOST

It was in 1992. I was on my way to Dakar, Senegal, as Editor, Business Magazine, to deliver our then very rich editorial and advertorial gem of a publication: The African Development Bank Annual Meetings Special Report. 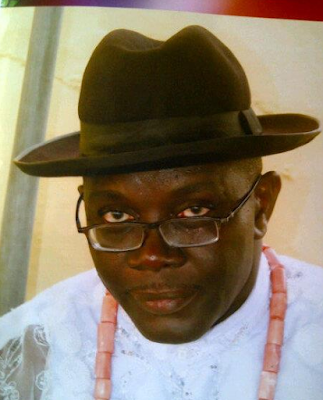 I had missed the Nigeria Airways straight flight from Lagos to Dakar. The other option was Ghana Airways which meant a hop, step and jump trip from Lagos to Accra, then to Banjul where the flight terminated. Then I had to change aircraft to small propeller jet finally to Dakar. After the meetings, I was to return same route.

But there was no immediate flight from Dakar to Banjul. So I had to go by road to the SeneGambia border in a loaded, creaky Peugeot car. The smells in the car was at best exotic even if overwhelming: Of fresh produce overloaded in the boot, loud, excited spew of conversation in language I did not understand along with the chewing and spitting of red beetroot out the windows on the mostly untarred, dusty road.


Then there were also stops for prayers, being Muslims, when we got to what seemed like oases in the dry, very hot, desert like landscape on which we were traveling.

Finally we got to the border. Several stamps by the customs Gerdames, the most I had seen on any border, ate away precious pages of my international passport. Then viola! The great River Senegal.


We got loaded on to a large ferry, both passengers and vehicles, and sailed languidly across the broad, lovely splashing waters of the river with its cool sweet breeze breaking clean oxygen on our faces.

Banjul, the capital of The Gambia welcomed us with a beautiful, lush, curving, long, well tarred boulevard on the edge of the white, gleaming sandy beach with lovely houses, colourful flowers and lots of European tourists. But that was a facade. For immediately after the beautiful beach front, the inner city and indeed most of the tiny country reeked of poverty and gross underdevelopment.

As a curious journalist, I took a hotel in the inner city and went exploring. The people as in most African countries were warm, friendly, nice, willing to help. In the original African locally produced organic foods, commune fellowship, core values, honesty, music and gut deep laughter they were strong and wealthy.

But in their attempt to be westernized, and to get jobs in the competitive but thin tourist market, they abandoned their fresh villages and crowded into cement built hovels with dirty tiny gutters. They lusted and wasted their hard earned little incomes on cigarettes and liquors and other expensive Western products from clothes to toothpaste pouring into the country making them live lives impoverished.

They battled for little spendings from white rich tourists who enjoyed the sun, grand hotels, the beautiful beach, and white waters, all at a cost no more than a song. It was modern slavery. The country was dirt poor and I am sure it remains so until today.

The local elites lived on the same sea-side boulevard with the white tourists and drove big cars and spoke with Texan twang or in clipped English, smoked cigars and aped the whites in every thing except
in patriotically developing the potentials of their country and curing it of being almost a hundred percent dependent on tourism.

Even the lean revenues from tourism they looted and stashed in private foreign accounts and invested in foreign real estates and in luxury tastes just as it is with the elite and oil revenues in Nigeria.

Anyway I arranged my return flight to Lagos with Ghana Airways. Back at the hotel, I needed to change some Naira for Dalasi, the Gambiam local currency. I think I gave some N5,000, perhaps a little more, to the hotel receptionist who seemed accountant, reservation officer in one. He gave me a surprised look. I didn't understand. Well, he disappeared and returned with a bucketful of Dalasi notes. I was bemused. I didn't bother to count. No matter how much I spent, the bucket seemed never to empty. Food and accommodation was so cheap for an average hotel. So too in their market where I bought a few carvings and long robes.

I must say, even with effacing modesty, that I was a great guest. For all of the workers splurged in my Santa Claus largese and when I was leaving, I left the still un-emptied bucket with the few gracious hotel helps.

But now this is the bottomline of this story. The value of the Naira was by 1992 still as strong as the Olomo Rock at least in African countries. Today I hear that the Naira exchanges for nine Dalasi and over N50 for the Ghanaian Cedi. My thoughts? Clearly, we have indeed lost it as a country