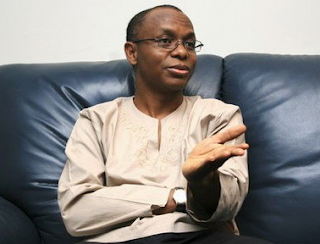 The Stream' program's broadcast of the interview session with Gov El-Rufai, and other two participants,and the mention of ECOWAS Transhumance Protocol of 1998, which legalizes activities of foreign pastoralists along international stocks and grazing reserves by the governor, as a justification of why he had to pay the peripatetic lots, he would ostensibly refer to as pastoralists, the demographically unprofilables who in his judgement had to be bribed to prevent them from trotting the thousands of kilometers to kill sessile farmers, caught my attention .

Since what we all want is to be part of the solution to this seemingly unending farmers and herders' crisis in the country. I will suggest that Nigeria should simply suspend the application of the security threatening ECOWAS treaty  peace will be perpetually elusive with that type of ECOWAS treaty and the idea of zoned grazing still persisting have also been thinking whether the herders actually have maps which they use in navigating around the international stock routes?


Do they have any special type of cartographic education on how to be confined to the legal grazing terrains, assuming the reserves are in their unencroached state?

It is a failure of strategic planning in a country where land use management and planning is a prerogative of state governments, and most states lack time efficient regional plans to either flexibly allow development, (Urban or agricultural) encroachment on grazing areas as change of use, in an organized manner, which is also gazzeted, or strictly ensure that areas zoned as grazing areas are perpetually undevelopable with the instrumentality of strict development monitoring measures, to still be applying that dangerous ECOWAS treaty.

It is anachronistic, anarchist, and the part of the reasons the West Africa will be perpetually hobbled in a state of under development and internecine crisis.

After the suspension of the treaty, we can then start looking inwardly to know who to bribe or be hounded for any of the crimes of trespass, cattle rustling, and murder.