Holy Lands Peace Up In Smoke

Last week, the United Nations Security Council passed a resolution condemning Israel's settlements in the West Bank and East Jerusalem. Unlike in the past, the United States did not veto the resolution. 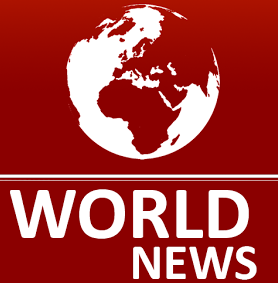 It is a move unprecedented in the past eight years of the President Obama administration that the US abstained and allowed a UN resolution against Israel to pass without vetoing it. Apparently the US is frustrated with the Israeli aggressive building and expansion of settlements on Palestinian lands seeing it as a deliberate obstacle to its policy of reaching peace through its two state solution.

It was a furious Benjamin Netanyahu, Israeli Prime Minister who reacted to the resolution by accusing Obama's administration of carrying out an "underhanded, anti Israel maneuver" in refusing to veto the UN resolution.

But today, John Kerry, US Secretary of State, came out smoking in denying Netanyahu's anti Israel claim and defended the American decision to abstain from the UN vote because it is unhappy with Israel's settlements expansion which is a threat to the two state policy that the US pursues as the only way to achieving peace.

Netanyahu bounced back to counter the Kerry speech and saying "we don't need to be lectured by foreign leaders". But his country takes up more than 50 percent of America's foreign spendings running into billions of dollars in military and other strategic support of Israeli. Does he mean that Obama, the US President, who pours billions into protecting Israel should not lecture it on its settlements expansion?

Under this conditions of bricks throwing, how can peace be achieved in the holy lands? Right wing Israeli extremists, under the argument of the right of Israel to exist, want a single state solution with Palestine over run to achieve its aim of regaining the ancient Israeli lands of Judaea and Samaria and make Jerusalem the capital of Israel. Consequently, Israeli leaders keeps expanding its settlements into West Bank lands.

On the other land, Palestinian and Arab extremists and terrorists including Hamas refuse to recognize Israel as a state and do not want Israel to exist even at the pain of great distress to Palestinian citizens. They dig tunnels and with guns, missiles, bombs and knives attack Israel ceaselessly.

Who then will give the moderates and doves of both peoples the peace they both badly desire? Peace may still be a long, long way away from the holy lands.