We must be careful about revisionists, people who try to rewrite history that happened before our very eyes. It is for this reason that I deliberately put up posts that document certain parts of our recent history in a way that provoke comments. 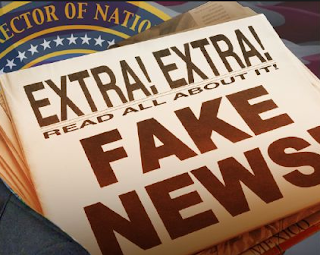 That way we cannot all forget who said what. Everyone cannot suffer memory loss at the same time. Plus we can also revisit the post and everyone's comment if necessary. The world has indeed changed in some aspects for the worse.

Today we hear of such strange terms as Post Truth, Fake News and now Alternative Facts which are all euphemism for lies. We saw the manifestation in Nigeria and at a time I wondered if something was wrong with me until I came across Wole Soyinka's The Republic of Liars.

In the publication I came across what he referred to as the public lie of which the worst kind is 'Iro Ojukoroju', the blatant lie where someone who knows that most people know the truth still goes on ahead to tell a lie.

Today I read a news report about the former governor of Anambra State, Peter Obi who said "I was in government when the likes of Ngozi Iweala, Aganga, Sanusi were crying let's save; we collectively said we don't want savings, and now we are in this mess; we cannot afford to increase it by going to borrow without a clear roadmap on what to do with it.

He went on to admonish that we put in place a structure that institutionalize a saving culture where we save a specific sum of our annual earnings. That can only be made possible by a constitutional amendment.

The truth is always refreshing to hear when the environment is polluted by lies. I appreciate Obi for not joining the bandwagon of the revisionists who attempt to write their own version of history. But we must resist them by becoming advocates for truth in the public space by simply challenging a lie when we see one with all the passion one can muster.

The second piece of news I saw today is not palatable as in another story, the Guardian reports that Agriculture stakeholders allege the re-emergence of fertilizer cabal.

The former Minister, Akinwunmi Adesina reined them in following the introduction of the Phone for Farmer scheme which allowed farmers to directly access inputs from government. It will be double jeopardy if this allegation turns out to be true.

It will be a real shame for us to add this to the scam going on with forex pricing where we hold the dubious record of having about 10 different exchange rates in the same country with some people making obscene profit from round tripping.