Home / business / WHAT IS BITCOIN 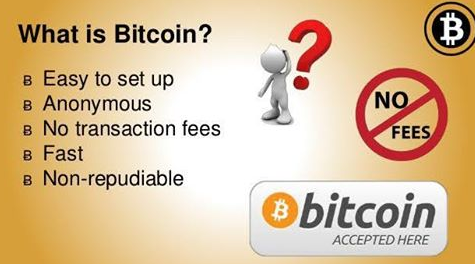 Bitcoin is created and held electronically. Bitcoin is  a form of digital currency, No one controls it.

Bitcoins aren't printed like fiat paper money, they're produced by people. It is the first example of a growing category of money known as cryptocurrency.

Bitcoin is decentralized and can be used to buy things electronically.

A software developer called Satoshi Nakamoto proposed it as an electronic payment system based on mathematical proof.

This software is an open source, meaning that anyone can look at it to make sure that it does what it is supposed to.

WHY YOU MUST USE BITCOIN?

Bitcoin is a new form of currency that hit the world's financial space but many still don't understand why they should make the effort to use it.

These are 5 reasons you should use Bitcoin

IT IS FAST: when you pay a cheque from another bank into your bank, the bank will often hold that money for several days because it can't trust if the funds are really available. Bitcoin transactions are generally far faster.

IT IS CHEAP: your bank always charge a fee for debit card transactions but bitcoin transactions fees are minimal or free.

IT ISN'T INFLATIONARY: the problem with regular fiat currency is that government can print as much of it as they like which causes the value of the currency to decrease. Bitcoin was designed to have a minimum number of 21m coins.

YOU CAN CREATE YOUR OWN MONEY: you can buy bitcoins on the open market but you can also mine your own if you have enough money and computing power.

Understand this, financial transactions are no longer the way they used to be.
Cryptocurrency is the future of money and Bitcoin taking the LEAD!

GET INFORMED, GET CONNECTED, GET REWARDED!