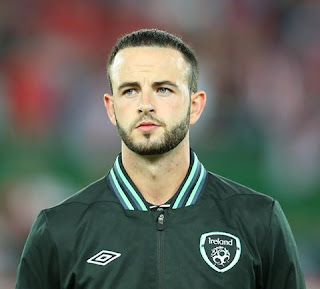 The 28-year-old, who can play in defence or midfield, spent two loan spells at Bournemouth in 2007 when they were in the third tier and has signed for an undisclosed fee.
Wilson said he enjoyed is years at Stoke but spoke with the manager Mark Hughes and they both agreed it was time to move on - He also said he is excited now to start a new chapter in is career," Wilson told the club's website (www.afcb.co.uk).
"I didn't come to AFC Bournemouth to play in a team that's going to get relegated. I see a lot of positives in this team," he added. "The aim must be to finish better than we did last season - that would be a very good stepping stone."
Marc wilson has played 24 times for Ireland and will bring considerable Premier League experience to Eddie Howe's side as they look to build on last season's 16th place finish.
Share on Facebook Share on Twitter Share on Google Plus