Home / local / Do We Have A Nigerian Identity? By Darren Idongesit

Do We Have A Nigerian Identity? By Darren Idongesit

What does it mean to be Nigerian? 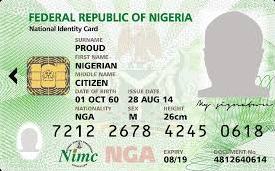 These questions are not easy to attempt but we have a particular sociological phenomenon that is universal throughout the world and that makes the question a little more complicated given that it addresses the nuances.

A foreigner entering the country and going around in one region might make a mistake of what Nigerianness is because we have different social climates that a foreigner would sense depending on the geographical area. Lagos has a vibe of its own and I can easily tell the difference between someone who has stayed in Lagos and one staying in other parts.

It doesn't matter if you are an Igbo, Japanese, Chinese, Hausa, Yoruba, or Efik once you step into Lagos and acclimatize, you start behaving like the city itself, a Chinese man in Lagos will behave exactly like a Lagosian.

Can you then compare a Lagosian with another Nigerian say in Zamfara?

Abuja has its own social climate and here is another social climate that is distinct irrespective of ethnicity; ever been to Warri area? Spend sometime in Warri and you will be no different from Warri people, a foreigner walking around Warri and has never been to Abuja would have this idea that Nigeria is a land of sharp sharp people and fast fast movements but you cannot say so about the laid back atmosphere in Obanliko of northern Cross River were you can drop your money and the indigenes run after you with the money and copious advice on how to be careful.

If you've been to the main Obudu town not the ranch then you will experience another social climate.

I don't think there is any country with a uniformed social climate because a Newyorker is so different from someone who spent their whole life in Nebraska. London is markedly different from Sheffield and the people also different, if you've been to only London with its cosmopolitan feel, you'd think the rest of UK is that way until you reach Greater Yarmouth by the eastern shores.

There is no uniformed social climate or identity for any country of different peoples or cultures unless socially engineered like Mao's cultural revolution in China but despite that, Beijing and Shanghai ate very different from the Uyghur region of Xiangjian.

The last example is at the forefront of this sociological phenomenon;

What does it mean to be Spanish?

As a foreigner, your feel of a country might be restricted to the social climate of the immediate region you are. It's a sociological phenomenon that should be taken into consideration before judging a whole country on its identity.