Home / religious community / Beware Of The Desolation To Come! By Ken Tadaferua

Beware Of The Desolation To Come! By Ken Tadaferua 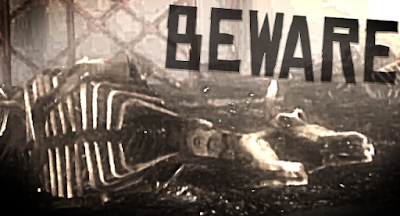 It was 70 years after his death that one of Jesus Christ's stunning prophecies - the destruction of the magnificent second temple of God in Jerusalem - came to pass. The Romans crushed the rebelling Jews, reduced Jerusalem to rubble and utterly destroyed the temple with no stone of the buildings left standing. Here's the scripture of that prophecy:

The story of the temple goes back about 1000 years (10th century BC) before the advent of Christ. That was when King Solomon, son of King David built the first temple in honour of God Almighty.

God was pleased with King Solomon and filled the massive and beautiful structures with His glory. But God appeared to Solomon in the night to warn him of dire consequences if the Israelites took to idol worship and iniquity. Here's the scripture of that warning:

"But if you turn aside and forsake my statutes and my commandments which I have set before you, and go and serve other gods and worship them,
"then I will pluck you up from the land which I have given you; and this house, which I have consecrated for my name, I will cast out of my sight, and will make it a proverb and a byword among all peoples." (2 Chronicles 7: 19-20)

Guess what? The Jews splurged in idol worship and iniquity. After some 500 years of divine patience and prophetic warnings unheeded by the Jews, the temple was totally destroyed by Nebuchadnezzar, the Babylonian king in 586 BC.

The second temple was built some 56  years later following the repentance of the Jews and God's mercy in 530 BC which is over 500 years before Christ.

Did the Jews change? They returned to iniquity, incurring the wrath of God. Jesus Christ again stated the divine warning of a 1000 years earlier of the destruction to come. But the Pharisees, Sadducees and rulers of Judah were hardened in their hearts against His call to repentance and return to God. In 70 AD, the divine warning again came to pass. The Roman army crushed Jerusalem and destroyed the temple which remains unbuilt until today.

Jesus continues to call us to repentance and return to God. But in this nation, the hearts of our religious and political leaders and the people remain hardened with wickedness, greed, idol worship, corruption and are absolutely oblivious of the desolation to come. Let us get wise.

May we take advantage of the merciful long patience of God to repent and return to walk before him to obey his commandments, judgements and ordinances. That we may avoid His wrath and fire for time is short. Amen