Home / local / 2019 ELECTIONS: Without A Public Agenda By Ken Tadaferua

2019 ELECTIONS: Without A Public Agenda By Ken Tadaferua


In 152 days or less than seven months from today, Nigeria’s 2019 general elections will hold. It will be the tenth of national elections held in six decades since independence in 1960. The elections ought be another opportunity to cleanse and heal the many viral afflictions perennially debilitating the land. 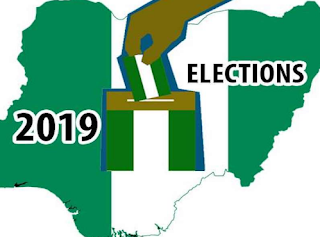 But what is the public agenda for the elections and is it driven by the passion to debate and resolve our national challenges? Not so. Today the news in Nigeria is surfeit with reports of the brazen and barren circus of peccadilloes of politicians hopping like jumping frogs to and fro our two major political racketeer hotplates: the All Progressive Congress (APC) and the People’s Democratic Party (PDP).

Sadly, this noisome political pestilence is subsuming critical national issues that ought seize our feverish attention at this time when the nation is afflicted with visionless leadership, raging corruption, deep poverty (Nigeria is now world poverty capital with over 87 million poor citizens), unemployment rate of 18.80 percent or over 20 million jobless citizens, growing insecurity and gruesome massacres of over 4000 citizens in the past two years by Boko Haram terrorists and rampaging “herdsmen” marauders.

Add the sorry state of the economy, poor power and infrastructure, sad state of health, education and ill political structure, it is no surprise Nigeria ranks 152 of 188 of the UN member states human development  index.

It is in this sorry state of affairs that citizens, the media and opinion molders wallow in the luxury of wasting intellectual and emotional energy to hail or wail the excesses or stoke personality cult worship of politicians. This is one luxury we cannot afford now. We have indulged in it, too many times, in the past to our bitter regret.

But we the citizens of Nigeria, our mainstream and social media seem trapped and mesmerized like moths to the dangerous bright lights of the inanities of our politicians as to make us ignore huge sociopolitical and economic sclerosis buffeting our national wellbeing.

Consequently, when we are not, with gleeful gusto, attacking or defending the cowboy antics of Bukola Saraki, the Senate President fleeing policemen or presiding over cross carpeting, we are vigorously extolling or lambasting President Buhari for ignoring court orders or any other of his actions and inactions. Or we are pontificating zestfully on the empty drama and rhetorics of Adams Oshiomole or Dino Melaye. How will the massive prominence given to such reports and analyses in the main stream and social media help push a public agenda for a prosperous nation?

There is in serious public discourse and the media barely any effort to set a public agenda for the 2019 elections. Nothing on media platforms to begin early and earnest debates to drill politicians on their ideas, vision and manifesto on key issues. No critical thinking and analyses on the depth of each of our problems and workable, practicable solutions to them. What are, for instance, the plans and strategies of any of the presidential or gubernatorial candidates to take off 87 million citizens from poverty

Former Vice President, Atiku Abubakar shouts about supporting restructuring of the polity but little is known of the minutiae of his plan. If ideas and visions are not sold to the people now, to ensure buy in, when will it be done?

Maybe the imperative to ask and be provided answers by our political contenders is limited by election timelines set by the Independent National Electoral Commission (INEC). So perhaps citizens and the media can ask no questions of politicians until August 18, 2018 when party primaries for the presidential, governorship, federal and state elections will begin or until November 18, 2018 when political parties are to kick off their campaigns for the presidential and National Assembly elections?

But this of course cannot be. In setting public agenda, the media and intelligentsia, even politicians cannot be limited by INEC. The media freely chooses the time to start and drive a public agenda and it defines the agenda by the high frequency and prominence it accords reports of the news, analyses and features relating to that agenda.

Therefore, considering the high frequency and prominence given to reports of politicians clambering fences, singing and dancing, fainting in police vans and vomiting vacuous rhetorics etc, it will be well to describe the public agenda set by the media today as a Political Alawada Agenda. Full of comedy but lacking in serious substance for the nation.

The Nigerian media must take seriously its responsibility to shape and focus the public mind on key and burning national issues long before party primaries or election campaigns. This is the time to drill down on issues as poverty, insecurity, restructuring, poor industrial productivity, unemployment, poor state of power, infrastructure and health. There must at this time, a few months to the general elections, be heightened media focus, reports, analyses, interviews on the key issues and with likely political candidates. This should generate national debates and help citizens to focus on critical issues away from the frivolous extravagance and adventures of unserious political actors.

Until the media, opinion molders, column writers and social media denizens move away from the political mundane to set and define serious and progressive public agenda for the next general elections and governance thereafter, we might all just be adrift on a ship heading for the rocks.