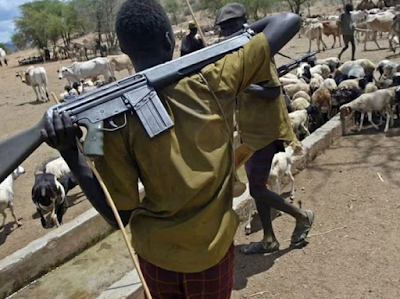 Can somebody help me with answers to the questions below:

Cattle are owned by human beings doing private business
•Who are these businessmen churning billions of Naira into their personal accounts by breeding and selling cattle?

• Why is President Buhari and indeed his government fixated on building cattle colonies for these faceless wealthy cattle billionaires?
• Should they, as private business owners, not negotiate with communities or states for whatever they need for their business? Dangote does that regularly.
• If their proposal is rejected should they not find viable alternatives like ranching instead of shedding the blood of citizens created not by them but God Almighty?
• Is it not the billionaire cattle businessmen who must have armed the rampaging militia arm of the Miyetti Allah Association to wreak genocide on hundreds of Nigerian citizens?
• If the security forces have been unable to stop the armed Fulani herdsmen from mass murder, are they also unable to arrest the owners of the billion Naira cattle enterprise?
• Since the billionaire cattle businessmen seek to protect their profits and perhaps drive other agendas by retaining cheap, low cost, poorly paid cattle herders, free forage with water across the country and now planning to establish colonies with good roads, schools and security across the country at government expense, would it not make sense for fishermen and farmers to also establish associations and create militias armed with sophisticated weapons to defend their businesses and farms from murdering marauders since security agencies and the law is unable to protect them?
• Lastly, would it not make sense if the farmers and fishermen displaced by the massive despoliation and environmental degradation of drilling and producing oil and gas which feeds the nation, are afforded colonies with good roads, schools, clean water and forest reservation areas to enable them survive and rise above the crass poverty and horrible health hazards they suffer due to oil business from which the government has for decades been receiving billions and billions of dollars?
• Oil and gas business is government business but no one is talking colonies and protecting the livelihood of poor rural farmers and fishermen displaced by oil exploitation. But government wants to help multi billionaire owners of cattle business who are instigating farmer/herder crises, arming their militia to slaughter citizens with reckless abandon and now demand for colonies or else embroil the nation into war. Why?