Mary J. Blige’s Ex-Husband Is Dragging Her To Court Again To Earn More Of Her Money" Joy Isi Bewaji Review ! 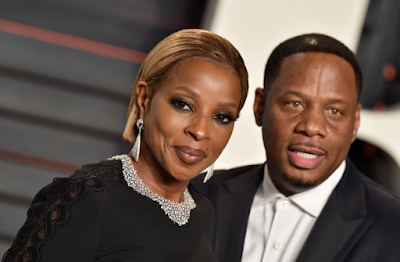 Mary J. Blige’s ex-husband is dragging her to court again to earn more of her money. The greedy man has been chopping $30k every month. He heard she got a new gig, so he is crying to the judge to increase his spousal support because, well, homeboy has needs.

Mary J. Blige works, only to hand her money to an ex-husband who can’t seem to use the same hands, brains, and same green earth to prosper on his own. He waits on this woman to feed his ass every month.

Uuuugh!
You see how infuriating this is?
Ok.

Now switch it around and tell me if it holds as much fury in your belly.

If it was the woman getting $30k every month from her ex-husband as spousal support (not child welfare), will it make your skin crawl?

This is why I have no respect for people who vigorously champion the cause of housewives.

If you are not making your own money in 2017, my brother/my sister, you are in trouble. There’s nobody put on this green earth to cater to your needs, except you are a child. But you are not. And this idea of turning plate-washing, laundry, cooking, love making and sweeping to monetary value demeans a human being. We constantly demean women when we console them with being housewives. It’s too dangerous to even contemplate, especially in a third world disaster like Nigeria.

It takes one death. One changing of mind. One job loss. One accident. One terminal illness of your "benefactor" to turn you into a Nollywood character that moves swiftly from middle-class to raving poverty as wild as chicken pox.

Ever wondered why money is the least quality we teach women, but happens to be one of the first features of masculinity? Because money holds too much power, and society does not believe that much power (which breeds influence, dominion or supremacy) should ever belong to a woman.

It is always “safer” to tell women to be little cute housewives and tend to the living room, ensure the couch has no biscuit crumbs, switch on the child lock on DSTV, check if there are cobwebs on the roof, order the driver to wash the cars, lay the bed with new sheets, find a new fragrance for the bathroom, make homemade disinfectant. Ah! Bless that new fan in the kitchen wall for making no sound etc.

The world is yet to put any real financial value to these chores. First world countries have to some extent, but see how much hate it breeds amongst (ex) couples the minute money is involved.

As far as Blige is concerned, that negro ex doesn’t deserves a penny from her sweat. She keeps saying, “he is stealing from me”, that’s how she sees it; yet the court believes it’s his money, while she works hard making it.

Here in Nigeria, you’ll be dragging N7,500 monthly shenanigan in court with a man you used to love. And when the system (judge and police) sees the low-grade life you are battling with, they start to beg you to learn submission and go back to him (so you can at least see food to chop. LOL!)

If you have found a way to monetise your position as a housewife, well done. But realise that many women will NEVER be able to make a penny having sex and dusting chairs as housewives. That is not a career.

This is not for you, this is for our children. I do not think any sane parent (of a certain bracket) is presently raising a girl child to become a housewife.