Home / education / Finding A Writer For Proper Work Or Employment Is Like Waiting To Find A Whale In Lekki Flood! By Joy Isi Bewaji

Finding A Writer For Proper Work Or Employment Is Like Waiting To Find A Whale In Lekki Flood! By Joy Isi Bewaji 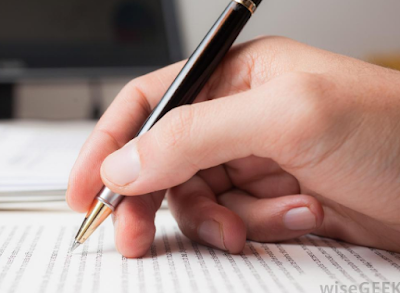 They are all on Facebook writing open letters and subs with terrible sentences.

Call for a position in an establishment, 23 writers will show up. Only 5 will pass the first stage. 2 will move to the next level. They aren't so great, but you are desperate at this point - desperate to make them earn some kind of living apart from the comments on their walls they believe will make them become great one day.

One gets employed. A week later, editing almost every sentence, and unable to have conversations that can birth great things for the company, you let the writer go.

You are back to square one.

We are writing intro letters, newsletters, invitation letters... crafting story dialogues, handling the social media accounts of organisations because young writer will rather stay on social media starving and pretending not to give a fuck.

Some day, there'll send a broadcast message asking for the entire 15 million Nigerians on social media to contribute to their trip to Afghanistan for a literary award ceremony they intend to win. That's the ultimate goal. No well-structured career, just a bunch of slave boiz e-patting backs of one another.