Home / relationship / Women Says It's Good For Men To See How It Feels To Be Cheated On! By Immanuel James Ibe-Anyanwu

Women Says It's Good For Men To See How It Feels To Be Cheated On! By Immanuel James Ibe-Anyanwu 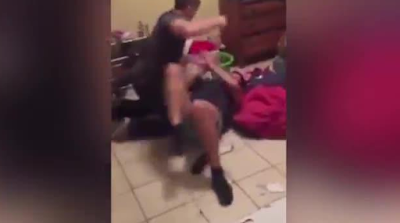 Just watched a video of a man fighting his wife's lover in a hotel where he caught them. Fighting and wailing. In the comments, women are celebrating, saying it's good for men to see how it feels to be cheated on. The wife is calmly separating the fight. The man is careful not to hit her. American laws won't take pity on him if he does.

Male commenters are boiling, each threatening what they would do in the circumstance. "Divorce!" they chorus. As if they know the woman doesn't want that anyway. She might as well be better for it and go away richer, freer with her lover. They think it's Africa.

Which brings me to the question someone asked me the other day: "Why do men abroad bother to get married knowing that however it goes, they have the short end of the stick?" I've no idea why. I will appreciate answers from some of them here.

And then one male commenter said something. He will walk away from the woman and her lover, from the marriage. Quietly and not say a word. And spend his last penny making sure she suffers till the day she will die. Not by litigation. Juju. Hired killers. Kidnappers. Whatever will make her wish for death and not find it. He is ready to lose everything till she is down and buried. All that venom!

And that, right there, is the most honest #P and #DChallenge. You have no idea what people can do for that piece of meat until you touch the core of their ego.
Share on Facebook Share on Twitter Share on Google Plus