Home / confession / Some Things Need To Happen, So That You Know The Decisions You Need To Make! Says Joy Isi Bewaji

Some Things Need To Happen, So That You Know The Decisions You Need To Make! Says Joy Isi Bewaji 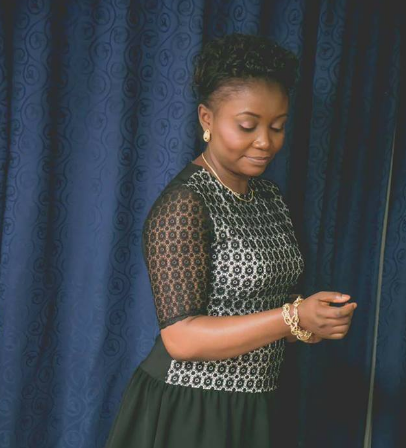 I had a confrontation with an authority in my children’s school today. I had dropped them by 7:15 am and by 8:35 am, after jogging, I was back to make clarifications regarding certain school bills… there I found a pool of students by the gate kneeling down, and Ife was amongst them!

First off, I hate the sight of kids kneeling down. Secondly, I don’t understand why she should be kneeling when the Monday School Seminar was on. And I lost it. I used “Fuck” twice.

First time: What the FUCK?
Second time: Why the FUCK is my daughter kneeling down?

Two reasons they gave: She doesn’t have a teller. And she was making noise.

My response: My kids have been here for close to 10 years, I have NEVER owed. NEVER! Normally, I wait for the text message from the school before I make certain payments. School uniform and textbooks come first. That is sorted. The rest will follow during the weeks to come. Now I am ready to handle the other bills. For a parent like me, shouldn’t I bask in their trust and faith, knowing that I always get stuff done?

I lost it. One of the authorities lost it too! Which is ok, really.

But what is not ok is when she mentions my Facebook rants.
She said “You that you go on Facebook to defame us.”
Defame you?

I have never mentioned the school's name in any of my rants. If you have parents and teachers following me, I can’t help it. I mentioned once that the English teacher had an accent that I didn’t think was suitable to teach English. I complained about her appearance. Her hair like witchcraft. Yes, I wrote that. Because it did look like witchcraft.

I have complained about the French teacher saying “Fuck you” directly to the students.

These things happened and I don’t understand why anyone would think it impossible for me, a writer, not to document them. What do journalists do when they find stories that need to be told, twiddle their thumbs?

I have written many good stories about the school - how it is the only school my kids can attend in this town.

How an authority in school can bring up my Facebook during a confrontation is not only unprofessional but spiteful and shows a great degree of malice and harm that can come to my children eventually – an opportunity for them to be picked on.

Why? Because their mother has a voice. A voice that is different from what you are used to. A voice that makes you uncomfortable.

When we pay certain amount as school fees, we don’t pay for academics. People are home-trained and they do very well in life. We pay for confidence, self-assurance, and the minute you speak about my private space – my legal right to speak and express myself – as a tool that you can use to spite or breed ill-feelings against me or my kids, then it’s over. No establishment is worth a second chance after that major slip.

For saying “FUCK” twice to the hearing of a pool of secondary school pupils, I had to look at the kids, raise my hands and apologise. FUCK is a major part of my vocabulary. I use it to express shock and anger a lot.
I just couldn’t understand the point of having my kid on the floor for whatever reason. Making noise. What is that? How loud can her noise get in a pavilion where a speaker is speaking with a microphone?

And all I kept saying was, “she should be seated over there listening to the seminar, not here kneeling down.” I was so mad. I was fighting back angry tears. How then am I sure they do not take out the torment my rants inflict on them on my kids?

If at all they were offended that I called the wig on a teacher witchcraft (not directly to her but ON MY WALL), then HR should have CALLED me and have a meeting with me. I am a parent of that school for close to a decade, surely I am deserving of that. OR swallow your ego and attend to the appearance of the said teacher. I have been ranting for more than four years, and no one has mentioned that parents and teachers follow me and cite my rants as points to deal with certain issues in the school. No one.
She even went ahead to say, “I don’t care if you are a single mother!” Such bitterness!

Last week Facebook acquaintance, Chxta, was cut off a radio show for daring to address the Asaba Massacre. Someone also shared a post where he was suspended from a church for questioning certain doctrines from the pulpit. Society won’t allow us question many stereotypes. And even in an institution where you pay money, you can’t have a confrontation with authority without one of them trying to shush your right to your valid opinions on SOCIAL MEDIA.

I have never met this person before. As I hear she is an older daughter to the owner of the school. She doesn’t teach in that school, she teaches in a university; yet she knew me enough to despise me.

You can’t change my voice.

But I can change the school my kids receive basic education from.

You have so many students, I’m sure you don’t need my money anymore.

But we can’t share these things, you see? There’s no system available in Nigeria where you have a right to share anything. And when you do – when you create a Facebook page and throw all your pain, frustrations, questions, achievements, joy and aspirations… someone you have never met, who is authorized by virtue of being a shareholder of the school your kids attend, will turn around, look you in the eye, and tell you in a round-about way: “You have no right to speak about us.”

Like I said to Seun Tall when I called this morning to get counseling, it will be against everything I stand for if I treat this as another leave-am-like-dat matter.