Home / confession / Reflections on Nigeria, Young People, and the Near Absence of Hope! By Mitterand Okorie

Reflections on Nigeria, Young People, and the Near Absence of Hope! By Mitterand Okorie 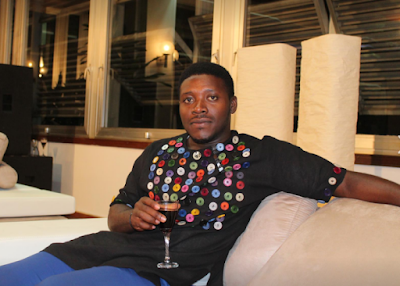 It is 8.30 am in Port Harcourt. The bus gallops down the freeway as I peer through the window, soaking up the morning air and staring at the city. It’s a Sunday, and Independence Day. My mind wanders on my last sojourn to the town, and the disaster it nearly became. An INEC Collation Officer at Okirika LGA, whom, together with 7 other INEC officials, had to be evacuated at midnight.

I recall the same deserted road that welcomed the convoy of 10 Hilux SUVs, after we must have made it out of the den of young blood thirsty political thugs. I remember the tearful mutterings from one of my colleague from Umudike; who had a year old son.

“My mother-in-law warned me not to come for this thing.” Those where his words, and then his voice got heavier, deeper, croaky, and teary. And for the first time in the entire day, I began to really feel a sense of dread. Where we in that much danger, as to make this guy come apart emotionally? Shit really was real, but there was always that comforting thought at the back of mind saying: dude, this isn’t the day you die.

But that was the day I lost every hope in the argument of youth and propensity to be better people with power. Those guys there, who wanted to lynch us for simply doing our jobs were just as young as we were. They didn’t care about us going home to our families, they didn’t care if we were just as disempowered as them, they didn’t care that we were people with our own dreams, and hoped to live long enough to achieve them. They just wanted to do us harm, they wanted blood, and for what, for whom? To advance a politician’s ambition, the very devil who had ensured they themselves amounted to nothing.

Adewumi Seun, Teidi Tosin, Adowei Elliot, Okpokiri Obinna, Gbenjo Ayotunde, Ukeoma Chibuzor, Nwazema Chukwuonyerem, Adeniji Jehleel and Akonyi Sule. The NYSC Corp members murdered in Bauchi in the wake of the 2011 election. I know these names don’t ring a bell to you anymore. They’re gone, erased from memory as they were from life. They were slain, not by security forces, but by young people like them, who felt Buhari was rigged out of winning. You can imagine, 6 years later, they now have Buhari, but are hungrier and poorer than ever. None of them would get a piece of the 25 billion dollars stolen by Baru, under the supervision of the very president they killed for.

Have you seen your friends who work in one capacity or the other for a Senator, HoR member, or Governor? They are often worse than their principals, because they come to Facebook and make some of the most puerile and unimaginable comments. You rarely see the children of politicians defending their parents online, perhaps because they’ve lived mostly in more decent societies, and feel a sense of shock at their own parent’s sleaze, even though they benefit from it. So, who exactly is going to replace the current crop of politicians? These very young people who’ve become hideous carpetbaggers, who lick the sands on the feet of the powerful for bread?

I guess, we all must wean ourselves from the ‘give young people a chance’ delusion and turn to a more substantive element for appraising who would do well or not do well in power. The present character in Kogi State House collapses the argument of youth in the most scathing way possible. A man in his 40s, a Governor, and still a grade-A sycophant of the presidency. It doesn’t get any worse than that.

Bernie Sanders in America was in his 70s, but had a message that resonated with young people, and an unbelievable mass of young folks keyed into his movement. Ask for antecedents, look at personality, look out for integrity, peer into the past, look at ideology, forget the age.

You really can’t talk about or imagine a new political order run by young people in Nigeria while ignoring the role the very young people play in this current dispensation. They lie, kill and blackmail to sustain the rapacious interest old fellas in power. Those who do not make the cut are codeine addicts. A negligible number believe there is hope, but that is because they’re yet to get their visas to leave.
Share on Facebook Share on Twitter Share on Google Plus