Home / international / I STAND WITH VILLANUEVA ON THE ANTHEM CONTROVERSY! BY POE BANWO

I STAND WITH VILLANUEVA ON THE ANTHEM CONTROVERSY! BY POE BANWO 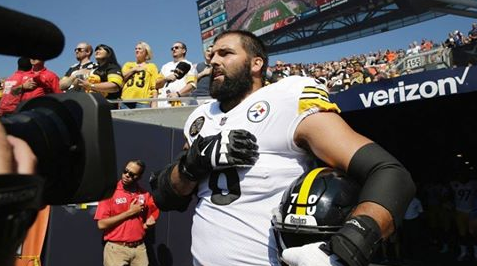 Here is my position for whose who cared to know what I thought about what i considered a SHAMEFUL AND MISPLACED protest against the National Anthem/Flag by some NFL Teams and Players: -

“I don’t know if the most effective way is to sit down during the national anthem with a country that’s providing you freedom, providing you $16 million a year...when there are black minorities that are dying in Iraq and Afghanistan for less than $20,000 a year," Villanueva told ESPN in 2016.

“I will be the first one to hold hands with Colin Kaepernick and do something about the way minorities are being treated in the United States, the injustice that is happening with police brutality, the justice system, inequalities in pay.

But you can’t do it by looking away from the people that are trying to protect our freedom and our country.” Alejandro Villanueva in 2016 when Colin Kaeparnick first started this WRONG Trend.