Home / football / CHELSEA: NOT AT THE RACES! BY KENNEDY EMETULU

CHELSEA: NOT AT THE RACES! BY KENNEDY EMETULU 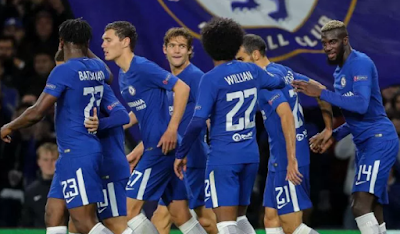 Beaten by a better team today and by a fabulous Kevin de Bruyne 20-yarder. City learnt from their experience last season and Chelsea were not exactly at the races. We showed we were not exactly well recovered from the very emotional midweek game against a very physical Atletico in Spain.

City had an extra day to recover and it showed in their movement. We were also unlucky with Luiz out and with Morata’s early injury in the game. City have always had the better depth, but it counted today. Okay, this is a huge psychological lift for City, especially with Mourinho’s Manchester United winning earlier in the day.

I don’t have any worries though, because I know that Conte is a very serious-minded manager who will not take this lying low. Maybe thee’s something a little negative with his team selection today, but he will sort it out. Of course, I know the talking heads will come out now to hail a Guardiola tactical masterclass, but I don’t see much of that.

This is just one of those days where most players on the Chelsea side weren’t firing on all cylinders. Conte will work at things during the international break and get the boys motoring thereafter. This is still the first quarter of the season and a lot of football ahead.

I still count on Chelsea. We are the Blues and we are the Best! Be rest assured that the Premier League title isn’t leaving the Bridge. The Godfather’s Army will come back and get you! All you 19 teams in the Premier League, you’ve pulled the Lion’s tail; so, be afraid, be very afraid!
Share on Facebook Share on Twitter Share on Google Plus